Several Ball State University (BSU) faculty last Thursday said they want a post-tenure review of a professor who called the police on a Black student because he didn’t switch seats in the classroom.

The university’s Black Faculty and Staff Association are also requesting that campus leadership allows students to transfer out of the classes of the professor, Dr. Shaheen Borna. Over 100 Ball State University professors signed a letter expressing outrage and concern over the incident.

On Jan. 21, Borna called the police on the student, business administration major Sultan “Mufasa” Benson, after he declined to move seats in class. The student’s computer was charging where he was sitting, which is why he didn’t want to move, Ball State Daily reported.

After issuing an unsuccessful ultimatum – telling Benson he had to move or leave class – Borna asked a student employee to call the police. Videos posted online show two campus officers entering the classroom to question Benson, with classmates speaking out in his defense.

Ironically, the incident occurred on the same day the school released its first inclusive excellence plan.

“My reaction was, ‘stay composed and make sure to not do anything alarming’ ” Benson told Diverse via Twitter. Fearing what police could do to him, Benson did his best “to not come off hostile.”

When Benson left class to talk to the police, they seemed to have little information about why they were called.

Borna later apologized in a message for what he had done in Benson’s class, writing that he failed to fulfill his “responsibility to ensure that you and all of my students receive an excellent educational experience.”

They are recommending clearer policies for classroom management and bias reporting, and real consequences for unwarranted campus police calls on people of color. They proposed a “BSU Day of Healing” and semester-long anti-racism training for the entire campus community in a meeting with the university president on Thursday. 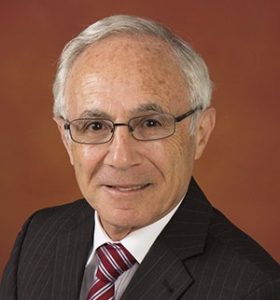 The incident drew swift condemnation from BSU students as well.

Last Tuesday, hundreds of students walked out of class to protest outside the building where the incident took place. BSU President Geoffrey S. Mearns attended the protest, even as student speakers called for faculty diversity training and Borna’s early retirement.

Faculty fear for the morale of students.

“Benson was engaging in class – just as his peers – and he was targeted,” she wrote in an email to Diverse. “… I’m disappointed in Borna’s actions and the police officers’ inability to deescalate the situation. Police had no place in that class.”

Dr. Argnue Chitiyo, an applied behavior analysis professor who also signed the letter, saw the incident as an anomaly in what he said is BSU’s otherwise positive record of striving toward diversity.

That’s why he was so surprised by what happened. Chitiyo, a professor from Zimbabwe, said he sees racist incidents on the news, but he never expected anything like this on his own campus and from a professor.

“I think our campus environment is very, very supportive of students of color,” Chitiyo said, adding that no one would have expected such an incident.

BSU psychology professor Mayes said Borna’s behavior was a “symptom of broader challenges” on campus. Events like this have happened in the past, she wrote, some officially reported, others not.

She pointed to a 2019 diversity, equity and inclusion assessment from the Ball State University College of Architecture and Planning, which describes similar incidents shared by Black students: passers-by calling police on students while they are dozing in college common areas, a professor turning to police during a disagreement with a Black student and security guards stopping students at random to check their student identification cards.

BSU has yet to implement “larger systemic resolutions” to address institutional racism on campus, Mayes wrote. Still, she sees “a desire to listen” from campus leadership. The new inclusive excellence plan, she said, offers strategies for “immediate and sustainable action” to address the issue.

Faculty of color have been moved by students’ activism.

“I’m so proud of our students who continue to engage in the campus community and fight for justice on this campus,” Mayes said. “They have been exceptional leaders in this area, and I hope the university takes note.”