In 2014, Johns Hopkins University got rid of legacy as a factor in admissions, hoping to increase its student diversity. Six years later, its president, Ronald J. Daniels, wrote about the decision in The Atlantic. In sum, it worked. 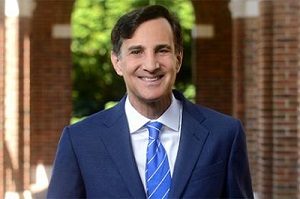 Now, more than a quarter of Johns Hopkins undergraduates are from minority backgrounds, up more than 10 percentage points since 2009. Conversely, the proportion of students with legacy ties to the university dropped from 12.5% to 3.5%.

Efforts to end legacy preferences “are not a panacea for the structural inequities that plague our society,” Daniels wrote. “But they are necessary if American universities are truly to fulfill their democratic promise to be ladders of mobility for all.”

In his article, Daniels points to a 2007 study that found legacy applicants were three times more likely to be admitted to universities, giving students likely to be wealthy and White an extra advantage. He also links to legacy-related data revealed in last year’s federal court case against Harvard University, or Students For Fair Admissions v. Harvard University. The case is about the consideration of race in admissions. The data showed that students from a Harvard-educated family were five times more likely to get into the school.

Johns Hopkins isn’t the only elite university to do away with this controversial admission criterion. It’s following in the footsteps of institutions like the University of California System, Cal Tech and MIT.

But many universities continue the practice – up to 42% of private institutions, according to a 2018 survey.

For those wondering why – given the data – the answer is simple, said Dr. Jhacova Williams, an economist for the Economic Policy Institute. They’re “scared.”

“There’s this whole urban legend, this myth that alumni donate so much money to the school, and if you don’t admit their kids, they’ll stop giving this money,” she said. “They’ll stop encouraging their kids to attend these schools.” 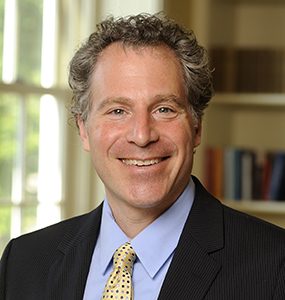 But this theory hasn’t held up in the case of Johns Hopkins. At least, not yet.  The university didn’t experience a drop in alumni giving, according to an NPR interview with David Phillips, Johns Hopkins’ vice provost for admissions and financial aid.

“Every student who is admitted to Johns Hopkins should arrive on campus secure in the knowledge that they were admitted on the basis of their extraordinary abilities and achievements, period,” Phillips wrote in a message to Diverse.

“Our alumni are proud of the rigorous nature of a Hopkins education, and this is a policy that further strengthens those exacting standards. By ending legacy preferences, we seek to be an institution truly worthy of our alumni’s support and loyalty,” he said.

The decision to phase out legacy as a factor in admissions was made “quietly,” Phillips noted. That’s because the institution wanted to be intentional about assessing the impact of the policy shift.

“This is a difficult issue that many higher education leaders have grappled with,” he said.

Still, Phillips emphasized that the goal of going public about their decision was to “invite a dialogue,” not “to claim some high ground relative to our peers.”

Williams, of the Economic Policy Institute, described this as a “very smart” move on Johns Hopkins’ part. Now it can serve as an example to universities skittish about the financial repercussions of ending legacy preferences, she said.

She believes university leaders who are wringing their hands over devaluing legacy is emblematic of “deeper issues that we have as a country,” particularly a discomfort among White Americans about minorities “climbing the socioeconomic ladder.”

Williams said that those who prop up legacy admissions are sometimes the same people who oppose affirmative action, even though both are mechanisms to lift up select students. To her, it’s “problematic” that some will comfortably support students getting a leg up based on a parent’s education but not based on race.

Against that backdrop, Johns Hopkins – and other universities enrolling more Pell-eligible students – arguably have more work to do to offer low-income students that lift.

Now that they’re admitted, campuses need to retain low-income students by fostering “an environment that encourages diversity, supports people who are from diverse backgrounds and makes sure that they are successful,” Williams said. To do that, the first thing universities need to do is “talk to these students. A lot of times, we create policies and we don’t actually talk to the group that’s going to be most impacted by these policies.”

With retention in mind, Johns Hopkins has boosted its financial aid program, replaced all student loans in its financial aid packages with grants and adopted a need-blind admissions policy, with the help of a $1.8 billion gift from presidential candidate Michael Bloomberg, a Johns Hopkins alumnus. The university is also working to ensure that low-income students have greater access to research opportunities, study abroad programs and internships, Phillips added.

The university recognizes that disregarding legacy “is just one important step in the process of building a more socioeconomically diverse student body,” he said. But “ending the practice of legacy admissions has accelerated our work of recruiting and matriculating students from all walks of life who demonstrate the academic rigor and exceptional talent we expect of all Hopkins students.”