“Just Mercy” is a Realistic Portrayal of the Problems in the Criminal Justice System, Say Scholars - Higher Education

In an early scene in the film “Just Mercy,” death row inmate Walter “Johnny D.” McMillian, wearing a white jumpsuit, sits across the table from his lawyer Bryan Stevenson, with the sterile bars of an Alabama prison in the background.

McMillian then storms out, leaving Stevenson bewildered. He later tells the lawyer that, to White neighbors, “I look like a man who could kill somebody.” 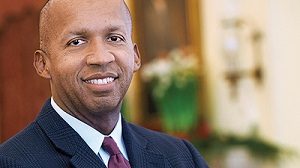 This scene and the entire film pack a gut punch, telling the evocative true story of a man wrongfully arrested in 1987 for the murder of a White teenager and the lawyer who got him off death row. Stevenson freed many death row inmates after he set up the Equal Justice Initiative, a center for the legal representation of such inmates, in 1989.

Early in the movie, Stevenson finds that the only evidence against McMillian is the dubious testimony of a lone witness, a string he pulls until the whole case unravels.

Unfortunately, this story – and others like it – seems like a realistic portrayal of the biases that plague America’s legal system, said criminal justice scholars.

Since 1989, more than 2,500 people have been exonerated following wrongful convictions. Since 1973, 166 people have been released from death row. Research from the Death Penalty Information Center shows that 42% of death row inmates are Black, even though African Americans make up only 13% of the U.S. population.

In the movie, police and prosecutors are so desperate to catch the murderer that they embrace sparse evidence of McMillian’s guilt and ignore more compelling proof to the contrary.

It’s “endemic to the human condition” to look for a tidy answer when there’s a “heart-wrenching crime in the community,” Berman said. “As police or prosecutors zero in on one suspect … it becomes dangerously easy to only notice evidence, or develop evidence, toward the notion this one suspect did it.”

And that notion is informed by biases, especially racial biases, said Dr. Miltonette Craig, a criminal justice professor at Illinois State University and a 2020 Diverse Emerging Scholar. She finds institutional racism “embedded in every part of the system,” from arrest to conviction, and as a result, “hundreds, even thousands, of Walter McMillians” end up behind bars for no reason.

Craig pointed out that bias issues often start at the policing level “because they’re the ones who determine who enters the criminal justice system.” She said this determination is based on what communities police patrol – many of which are communities of color – and who they find suspicious. But that’s not the end of the story. From there, the injustices start to compound.

Once arrested, the cash bail system puts people with low incomes – strongly correlated with minority backgrounds – at a disadvantage, said Craig. People sometimes have the incentive to plead guilty to crimes they didn’t commit, just to get back to their lives more quickly.

And if they do go to trial, they’re likely to get harsher sentences – a “trial penalty.” While under trial, low-income defendants often find themselves relying on under-resourced public defenders, and often appear before un-diverse juries that have biases of their own.

To Craig, “Just Mercy” highlights the worst-case scenario of a system with many layers of flaws.

“We don’t want someone put to death for something they didn’t do,” she said. “There’s no reversing that decision.”

In a “perfect world,” she would like to see a review board in place at every step of the process to ask questions along the way – questions like, “Is this bail reasonable for this person and their financial history? Is there bias in this plea bargain?”

Craig believes films like “Just Mercy” are a step in the right direction, as they turn the public eye toward these problems and present potential policy solutions. While she preferred Bryan Stevenson’s book, which the movie was named after, she thinks a visual representation of what happened to McMillian and two of his friends humanizes people at the center of criminal justice reform.

Ohio State’s Berman also sees hope. While there’s work yet to be done, he emphasized that national awareness of these biases has “gone up dramatically” since the 1980s and ’90s, when the movie takes place. Now, judges are more likely to consider assertions of innocence years after a conviction.

At the time of McMillian’s case, Berman said people were more likely to ask, “How could somebody possibly have been wrongly convicted of a serious charge?”

But “that’s gone away,” he added. “Now there’s an understanding that not only is this possible but depressingly common. I don’t think we’re all the way there, but I think we’re doing a lot better.”