Harlem, New York, once known as America’s “Black Mecca,” is as much a household name as the Harlem Renaissance, the artistic and cultural movement that ignited, flourished and extinguished in the early 20th century. This year, in Harlem and in cities across the country, community organizations and universities are among those that will culminate multi-year observances to mark the indelible legacy and centennial of the Harlem Renaissance. 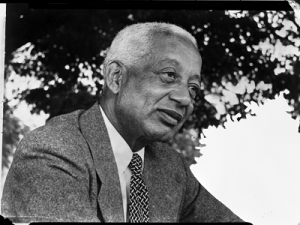 Dr. Alain LeRoy Locke, on the Howard University campus where he taught for most of his career. He envisioned Howard as a center for Black intellectuals and for the study of race and culture.

Locke, whose contributions reached beyond the arts, also provided answers to a generation of Blacks not born into slavery in search of identity, place and self-expression. One of them was writer and poet Langston Hughes. A fixture of the Harlem Renaissance, Hughes first described Locke as “… a little, Brown man with spats and a cultured accent, and a degree from Oxford.”

To learn more about Locke, the man behind the movement, Diverse spoke with Dr. Jacoby Adeshei Carter, an associate professor of philosophy at Howard University and chair of the university’s philosophy department, a position that Locke also held while there. Carter is also an author and director of the Alain LeRoy Locke Society.

DIVERSE: In your 2016 book, African American Contributions to the Americas’ Cultures: A Critical Edition of Lectures by Alaine Locke, why did you want to focus on Locke’s 1943 lectures in Haiti? What did they reveal about how we understand Black art and culture in the U.S.?

CARTER: Those lectures represent the culmination of Locke’s philosophical worldview. During the end of his life, I think that he was getting a broader, more inclusive understanding of African descendent peoples in the United States and throughout the Americas. His initial foray into articulating that can be found largely in those lectures. Because they had not been published in English in the United States, they were little known and were a drastically understudied aspect of Locke’s scholarship.

In those lectures, Locke raises questions of race, democracy, culture and pluralism: topics that are common to his philosophical work, but he’s looking to understand them in a broader context.

DIVERSE: Ultimately, Locke, who observed that “…the pulse of the Negro world has begun to beat in Harlem,” would give context to this renaissance and provide a platform to young writers, musicians, dancers and artists.

CARTER: Yes, he was already involved and on the scene. That’s why he had the knowledge and the ability to give this artistic movement its formulation.

DIVERSE: What contributed to Locke’s formulation in thinking about the New Negro and the period known as the Harlem Renaissance? Would you agree, that compared to his contemporaries, like Marcus Garvey, DuBois and others, that Locke’s philosophy and view of race as a social construct was a radical departure?

CARTER: Yes, it was extremely radical. Locke was temporarily away from Howard University in 1924. He 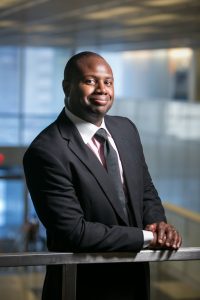 had a bit of a spat with the university’s president.

During that time away, Locke formulated the idea of the New Negro. He started thinking about what it would look like to have a collection that represented the artistic goings on of the time. He had a relationship with the periodical Survey Graphic. In 1924, he put together a special issue of that journal called Harlem: Mecca of the New Negro. It became the blueprint for what in 1925, would become Locke’s anthology, The New Negro: An Interpretation. It marked the second time that the Harlem Renaissance, as an artistic movement, was announced to the world.

Pluralism, cultural interdependence, race and democracy find expression in how Locke understands the art of the Negro. What he does in both Harlem: Mecca of the New Negro and in The New Negro: An Interpretation is take a broader, more comprehensive understanding of African American art, which he says is not limited to artistic production by people who are of African descent. For Locke, what is important is not so much the racial designation of the artist as it is what the art is about; the subject of the art that has to do with African descended people.

DIVERSE: How did the Great Migration of Blacks parallel and impact this renaissance period?

CARTER: Based on my reading of [Locke], the Great Migration is in large part the mechanism that enabled the Harlem Renaissance. In his view, if it weren’t for the massive influx of Black people into northern and urban centers, in the decade or so preceding and during the time of the renaissance, we likely wouldn’t have seen an artistic movement. For Locke the Great Migration also represented things that were contributors, like Black people getting educated in larger numbers or moving to places where they will see better economic opportunities and suffer less under the yoke of legalized segregation.

CARTER: Locke never intended for the New Negro to be a permanent and ongoing artistic movement. It’s the opposite of what you would think. He understood it to be a reaction to the antiquated view of the Negro as one who produces racial propaganda and represents the Negro in art in a way that is palatable and serviceable. Locke sees the Harlem Renaissance as a departure from that view. It represented the ability of Negro artists, for the first time, to speak as individual artists about their version of the Black experience and about the important themes in Black life, not as a way to represent the race or to promote a social agenda.

Locke also thought that a New Negro should be born every generation or so. And Locke did not think that the Harlem Renaissance should remain for a significant period of time as the predominant wave of artistic expression for Black people. Just as Black people are not static, but are dynamic and open to change, he thought that Black artistic expression should also evolve and change.