OSU Investigates Professor for Racial Comments Made in Class

Ohio State University has begun a review of its professor Dr. Paul Granello, after students expressed concern for racially offensive comments he made during class, including the use of the n-word, reported The Columbus Dispatch.

According to graduate school counseling students, Granello, who is considered a suicide-prevention expert, compared the problematic nature of the phrase “committed suicide” (versus the recommended phrase “died by suicide”) to that of slurs against people of color or people with intellectual disabilities.

In addition, when arguing about the risks memorial services and ceremonies carry by drawing attention to suicide, Granello reportedly said, 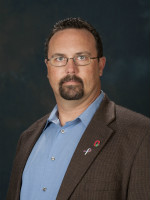 “If you cared about this person so much, where were you when they were struggling?”

“As a suicide prevention expert … surely you do not actually want people to blame themselves when a loved one dies by suicide, and it’s important that you are aware that there were other survivors in the room who were deeply hurt by this comment,” stated the students’ letter of concern written in October.

Granello told The Dispatch he was attempting to make a point about “the power of language.” And in a letter to students, he wrote, “Regardless of the context in which the n-word was used, it was still inappropriate to use it and I am sorry for my use of the word.”