Amid pressure from student activists, Georgetown University announced it will stop investing its endowment funding in fossil fuel companies and will withdraw all previous investments in those firms.

The Jesuit school cited Pope Francis’ encyclical on the environment, which called for the church to combat climate change, as one of its reasons for divesting. 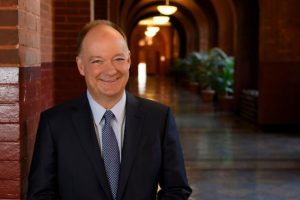 “The work of understanding and responding to the demands of climate change is urgent and complex,” Georgetown’s President Dr. John J. DeGioia wrote. “It requires our most serious attention.”

Student activists have been pressuring universities to divest from fossil fuel companies across the nation, with the University of California announcing it would divest this past September and Harvard University faculty urging the school to divest its endowment on Tuesday.