A professor at The University of Oklahoma has been criticized for putting on par ‘Ok boomer,’ a phrase used to mock older people, and the N-word, reported OU Daily.

“Calling someone a boomer is like calling someone a n—–,” said the professor, Dr. Peter Gade, director of graduate studies and Gaylord Family Endowed Chair. Gade teaches journalism, ethics and democracy. 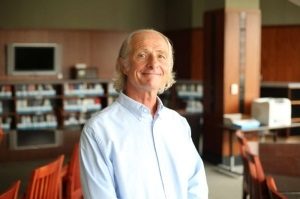 The university issued a statement Tuesday saying Gade’s “comment and word choice are fundamentally offensive and wrong,” but added that his utterance was protected by the First Amendment, reported KOCO.

In an email the professor sent later Tuesday, he called his conduct “inexcusable.”

“Use of the word is inappropriate in any — especially educational — settings. I offer my deepest and most sincere apologies,” said Gade in the email.

Correction: An earlier version of this story misstated the name of the university Dr. Peter Gade works for. Diverse regrets the error.

A Free Press Is Essential To Democracy