The University of Virginia (UVA) is caught in a race row after a Black student’s comment recently that there were “too many White people” at a new multicultural center on campus.

The comment, caught on video, has led to a firestorm, especially on social media. 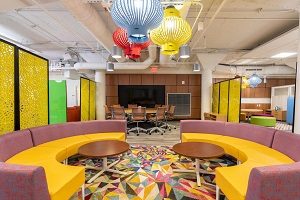 Dr. Damon Williams, chief catalyst at the Center for Strategic Diversity Leadership and Social Innovation, told Diverse that UVA “should be commended” for the development of the four centers.

“My perspective is that universities should make strategic investments to create inclusive spaces,” said Williams, whose institution conducts research on building dedicated space to advance diversity, equity and inclusion. He didn’t elaborate on the Black student’s comment, saying, “I don’t know that young woman. My perspective is every space on any campus should be open to all students.” 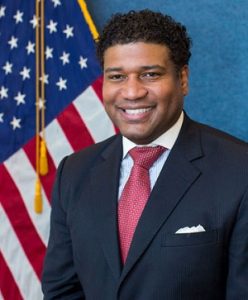 It all began shortly after Feb. 6, the day UVA officially opened four centers in the campus’ Newcomb Hall. Two of the centers, MSC and the LGBTQ one, already existed and were relocated to the hall. The new ones that opened were the Latinx Student Center and the Interfaith Center.

At the opening ceremony, Ryan lauded the student leaders who advocated for the new and expanded student centers. “As president, I believe deeply that we need to build a community that is not just diverse, but also inclusive,” Ryan said, according to the campus newspaper, The Cavalier Daily.

The controversy erupted a few days later after a Black student was caught on video, at the MSC, saying that it was “a space for people of color.” The video was tweeted by the Young America’s Foundation (YAF), a group that says it “introduces students to conservatism through our campus programs and conferences.”

The video has since garnered more than 5 million views.

Diverse reached out to Dr. Dayna Matthew, director of UVA’s Equity Center, but she didn’t respond by press time. Ryan tweeted after the incident saying he’s going to talk more about it soon.

“There has been a lot of traffic about the incident at the MSC. To be clear, the MSC is for all students. But there is more to say than can be communicated in a short statement on social media, and I’m working on an essay for the @cavalierdaily so for those interested, stay tuned,” wrote Ryan on Twitter.

This is what the student said, in its entirety:

The comment polarized social media, including students on Twitter, some of whose profiles say they are UVA students.

Matt Lunsford, whose Twitter bio says he’s from the UVA graduating class of 2023, said the student in the video is in the right because the centers are for “marginalized” people.

“UVA has four spaces set aside for marginalized groups of people: Multicultural, LGBTQ+, Latinx, and Interfaith. no sane person should take this as an attack. rather, they provide a space for minorities to feel at home in a university that has historically made them feel less so,” tweeted Lunsford.

“UVA is a mostly white institution, it has tons of public spaces for studying. This student is simply asking that the one space on campus specifically designed to give students of color their own space (where there are not made a minority) remain so,” tweeted Favini.

Other observers like the conservative YAF called such thinking “leftist” and condemned the student for what she said.

“Leftists at the University of Virginia are dictating who is and who isn’t allowed in the new Multicultural Student Center,” tweeted YAF, along with the video. “This kind of racist intolerance is NOT multicultural.”

One person, Maya Lynn Carter, whose Twitter bio says she’s a UVA student from the graduating class of 2021, agreed with YAF on the “multicultural” part of MSC’s name.

“This happened at UVA?! It’s called the Multicultural Center. All inclusive. Not ‘anti white.’ This outburst was uncalled for. Dictating what races should and shouldn’t be in an area is wrong. I said what I said,” said Lynn Carter in a tweet responding to YAF’s tweet.

Dr. Christopher J. Scalia, director of academic programs at the American Enterprise Institute, tweeted from his personal account saying even White people can be marginalized.

“She’s asking white people to leave the room because it’s an MSC, or Multicultural Student Center,” tweeted Scalia. “What’s the point of an MSC? According to the jargon-filled website of a UVA dorm, MSCs are meant to ‘facilitate a student-centered, collaborative space that supports underrepresented and marginalized communities, while cultivating the holistic empowerment of all students.’ Even, presumably, white ones.”

Many on Twitter said that if a White student had made a comment like the one the Black student in the video made it wouldn’t be tolerated by anyone.

But Dr. Kimberly Acquaviva, a professor of nursing at UVA, tweeted from her personal account saying these comments ignore Black history and context.

“To people flipping this situation around and saying, ‘but if she were WHITE….’: Stop that nonsense, y’all,” tweeted Acquaviva. “History. It’s a thing. If she were a white person speaking about Black people, her words would mean something entirely different. Because EVERY space is white space.”