In any given year, the amount of published scientific research from women and men is about the same, but when examined over time, gender inequality persists.

Four scientists, Dr. Albert-László Barabási, Dr. Alexander J. Gates, Dr. Roberta Sinatra and Dr. Junming Huang, have taken a new approach to examining gender differences in scientific disciplines in academia. They had seen evidence that female scientists publish fewer articles throughout their careers and their work receives fewer citations. To build a comprehensive picture, they opted for a longitudinal analysis of academic publishing.

Reconstructing the complete publication history of more than 1.5 million gender-identified authors from 83 countries and 13 disciplines, the four scientists developed the report “Historical comparison of gender inequality in scientific careers across countries and disciplines.” They utilized the Web of Science database between 1900 and 2016 to examine the publication careers of authors whose careers had ended between 1955 and 2010.

The scientists found that men and women publish at a comparable annual rate and have a similar impact for the same size body of work. But despite the increase of women in the sciences over the past 60 years, gender disparities also increased in productivity and impact. The report noted that career length and dropout rates explain a large number of the differences.

Sinatra, an assistant professor at IT University of Copenhagen, said a female colleague had once told her that she had published many papers “for being a woman.” 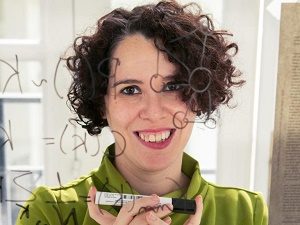 “The expression ‘for being a woman’ hit me totally by surprise,” Sinatra said. “I considered myself usually on par with what my colleagues had achieved at my career stage. This is when I realized that I predominantly had male colleagues as a term of comparison—also due to the fact that there were not many women in my field.”

She said she was aware of gender bias in science but had never thought of the possibility of looking at the data for the differences in output — like annual publication rate — or for career features — like career length — to understand other differences.

Women account for 27% of the authors across time and all disciplines. There are disciplinary differences, with lower output seen in math, physics and computer science, and higher output in psychology.

“In our lab, we have a sustained effort to study the science of success, which is essentially what is it about human behavior and systems that make some individuals more successful than others. One of the primary areas we study this in is the science of science,” said Gates, associate research scientist leading the science of success subgroup at the Center for Complex Network Research at Northeastern University.

“We have a really large research effort exploring what the behaviors are in science that promote success,” added Gates. “When you study this enough, you realize that there are some profound gender biases in the scientific world. These were showing up all over our data in many different places.”

One of the insights the researchers were able to draw from the data is that the big issue is not what women are doing when they’re in science; it’s the fact that they’re not staying in science long enough to have the same type of impact that equivalent male colleagues are having, said Gates. 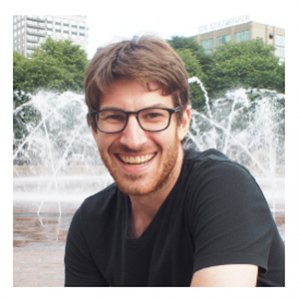 “This is not just the case for early career researchers, but this was a sustained gender difference across all stages of a scientist’s career,” Gates said. “There was a sustained gender gap in the rate of retention and remaining in the scientific system. One of our biggest insights in this study is that with any policy intervention it’s not enough to just intervene early on.

“You really have to sustain the policies to support women throughout their careers,” he added. “We’re working with collaborators and colleagues to start to address that exact question.”

Sinatra concurred, saying, “We need to have a sustained effort to support female scientists throughout their careers.”

As the study didn’t include careers that ended after 2010, it called for further investigation into recent efforts to increase participation in the sciences by women and minorities. The researchers would also like to see more gender data from China, Japan, Korea, Brazil, Malaysia and Singapore, to get a more complete global perspective.

Sinatra is glad that the research found what she believed, which is that men and women are basically equivalent in annual output. “The differences are generated by women not being able to stay as long as men in the academic system,” she noted. “I will always try hard to stay in the system, even if my output will be lower than that of male colleagues. The data tells me that statistically, that will average out.”

The report said that the end of a publishing career does not necessarily mean a women’s career in the sciences ended. Female scientists may have moved into teaching and administration or left academia for industry.  “It’s not necessarily the case that stopping of scientific publications is a negative thing, but it is a primary way in which scientists share their work.”

Gates said that in future research, they will explore what the factors are that lead to women dropping out of a publication career in science.

“We hope that this work will initiate other studies that explore the power of big data to explore the role of potential biases, not only in science but also in other areas,” said Sinatra. “We also learned how important it is to look at the whole science rather than specific fields to understand what is generic and what in particular is gender-related effect.”