A recent comment from a Black student at the University of Virginia (UVA) that there were “too many White people” at a multicultural student center brought forward long-simmering racial grievances on campuses around the country, but a new book says that such centers help reduce stress for minority and underrepresented students.

For her book, the author, who has written extensively on the experiences of students of color at predominantly White campuses (PWIs), conducted in-depth interviews with 70 students. These students were part of the 500 Black and Latinx students who had been tracked since they enrolled at one of five historically White colleges and universities in Illinois in the fall of 2013, for a longitudinal study called the Minority College Cohort Study, which Keels directed. 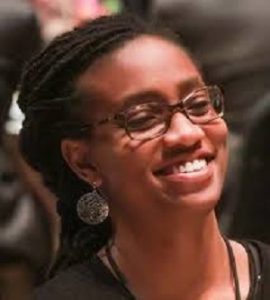 “Access to counterspaces promotes minority student college persistence and their psychological, emotional and cultural-wellbeing, thereby lessening the psychological costs of college,” says Keels on the website about her book.

“The psychosocial costs of college are greatest for students who need to juggle both school and paid employment, are experiencing financial distress, do not see themselves reflected in the larger student body and faculty, are less integrated into campus life and experience a cultural gap between their precollege and college contexts,” the website explains.

Keels told Diverse her research found that “when minority students feel cultural stress due to isolation and marginalization, their ability to engage in majority campus activities is strengthened by them also having minority-focused spaces that validate their cultural identity.”

According to Keels’ statement about her book, “The students I interviewed were asking for access to counterspaces, safe spaces that would enable radical growth.” She explained that “radical growth is the development of ideas and narratives that challenge dominant representations of and notions about their marginalized identities.”

She noted that considerable data supports the need for the spaces, including a recent Auburn University study which revealed that stress related to racial discrimination contributes to accelerated aging and related health problems among African Americans.

In addition, numerous studies and institutional surveys have reported that students of color and other underrepresented minorities often feel unwelcome on predominantly White campuses due to incidents of harassment and frequent microaggressions.

“There is compelling evidence that students from historically marginalized groups continue to experience historically White college campuses as less than welcoming, and sometimes, as actively hostile spaces,” Keels said.

Earlier this month UVA announced on its website, “4 New and Expanded Student Centers Create ‘Inclusive Community of Trust.’” Ironically, a few days later, the “too many White students” comment raised questions about the purpose of the centers, as well as the overall racial climate on the campus. The video of the student making the full statement has attracted more than 5 million views.

According to university statistics, 6.6% of undergraduates at UVA are African American; 6.2% are Hispanic; 15.3% are Asian American; and 4.8% are multi-racial.

When asked about the UVA controversy, Keels answered with questions of her own: “Is there cultural programming or is it just a space?”

Keels suggested that such centers should be used to promote conversation and understanding about issues related to race and ethnicity. “Is the programming in that space celebrating, bringing awareness to various issues of cultural diversity as well as how to communicate and work across these identity issues?”

Keels explained that controversies such as the UVA incident can provide an opportunity for positive dialogue on social issues.

“If things go back to business as usual, nothing will have changed,” she said. ” …when these things happen there might be an administrative statement about it, but it’s not used as an opportunity for student growth. We need to do more work on students’ ability to communicate about racial and ethnic issues and the tensions that they create.”