Harold Franklin, the first African American student to integrate Auburn University in 1964, will finally receive his master’s degree from the school in May, reported AL.com. 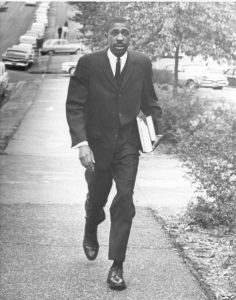 Franklin’s master’s thesis was repeatedly rejected by the school, even as late as in 1969. Eventually, he left and attained his master’s degree from the University of Denver instead.

Recently though, after an invitation from Auburn, Franklin returned to campus and on Feb. 19 defended the thesis he submitted nearly half a century ago. Previously awarded an honorary doctorate from the school in 2001, the 86-year-old will again walk at graduation this May.