The University of Texas at Austin (UT Austin) on Monday announced it would fire faculty or staff found to have committed sexual assault, sexual harassment, stalking or interpersonal violence.

What’s more, information would be made public about any faculty or staff found to have committed such acts but not fired because of mitigating factors, said Dr. Gregory Fenves, UT Austin’s president, in a letter to the UT community.

“Sexual assault, sexual harassment, stalking and interpersonal violence will not be accepted at The University of Texas at Austin,” wrote Fenves in his letter. “If a faculty or staff member commits these acts, the consequences will be clear.” The changes “are designed to better support survivors, provide clear disciplinary guidelines and improve communication with the campus community.” 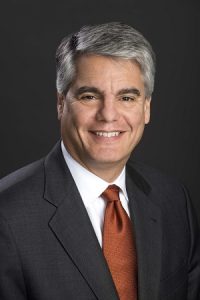 UT Austin’s decision is a victory for students who have, since October, been demanding the administration fire professors involved in sexual misconduct.

“The students and our group as a whole were very excited and overwhelmed with joy upon hearing the president’s announcement, especially given the resistance we faced initially,” said Alejandra Zuniga, a junior at UT Austin who was an organizer of one of the October sit-ins, to Diverse. Zuniga is also a member of the Coalition Against Sexual Misconduct, a student group at the forefront of protests. “When we first met with administrators, they said it will take a long time to do everything that was needed, but then they were able to do it in a semester.”

Zuniga is talking about the media attention the protests have garnered, which she says is the reason the university acted so quickly. Student activists began their protests after two professors returned to teach despite being found to have committed sexual misconduct. Students wanted the professors removed from courses scheduled for this spring, and they also demanded the university provide a list of all professors with sexual misconduct violations.

“These professors committed sexual misconduct and what does the university do? It puts them on administrative leave, paid leave, basically a paid vacation. The message was ‘you will be rewarded for sexual misconduct.’ The university’s response to their [the two professors’] actions just wasn’t appropriate,” said Zuniga.

In a Facebook post, the coalition said that, while UT Austin’s new policies are victories, it’s “unacceptable that it took student outrage garnering national news attention for these policies to be implemented.”

In response to the protests, UT Austin said in October that university leaders will begin meeting with student leaders to discuss their concerns. It also formed a Misconduct Working Group comprising undergraduate and graduate students, faculty and staff members and university leaders. And it hired a law firm, Husch Blackwell, to undertake a comprehensive review of the university’s sexual misconduct policies and procedures.

Fenves said in his letter Monday that all the recommendations made by Husch Blackwell have been accepted by UT Austin. He didn’t say when the policy will go into effect. Scott Schneider, partner at Husch Blackwell, didn’t respond to Diverse by press time.

On its part, for its review, the law firm talked to a host of stakeholders at the university, including student groups, faculty councils and campus offices on institutional equity and mental health.

As per Husch Blackwell’s recommendation, UT Austin will streamline the resources it offers to survivors to support them effectively. The law firm said the university’s current support services were “perceived as confusing, not clearly communicated to impacted parties.” It recommended the university create a single office where students affected by discrimination can receive access to confidential personnel who can provide them with emotional and other support.

UT Austin will also consult with experts, including at its Steve Hicks School of Social Work, to introduce restorative justice as an alternative approach to help survivors heal. “As we have evaluated our policies in recent months, we have also heard from the campus community about the importance of helping survivors to heal and offering alternative resolutions where appropriate,” said Fenves. Husch Blackwell recommended that restorative processes would be especially worthwhile in the context of informal resolution of cases that don’t present safety concerns for the affected individual and in cases where a violator is permitted to remain or return to the campus community.

While Fenves said UT Austin accepted all of Husch Blackwell’s recommendations, he didn’t refer to two other policy changes the law firm said must be made. The firm’s review recommended mandatory, not optional, employee training relating to prevention and awareness of sex discrimination. And based on anecdotal information it received from various stakeholders that the resolution of sex discrimination claims took “an unreasonably long period of time,” the law firm also recommended implementing timelines for resolutions.

Of special note in UT Austin’s policy changes are the public disclosure of names of offenders and the delineation of four categories of misconduct. Both are a consequence of Texas Senate Bill 212, which requires reporting of violations at universities and specifies the four categories.

According to Husch Blackwell, disclosure of names is also a practice that will be unique to UT Austin and “is not utilized by any of the peer institutions” it benchmarked for its review. That recommendation, too, is necessitated by “unique legal issues in Texas, including the mandatory reporting law and Texas’s robust public information law.”