I was taught by my mother at an early age that a man should never physically attack a woman.  This lesson was a simple rule to follow and easy to incorporate into my personal belief system.  Most people would agree that violence against women within our society is wrong.   Yet, on many college campuses, this abusive behavior exists and many incidents go unreported by women.  According to a national study, domestic violence is most common against college women between the ages of 18-24. 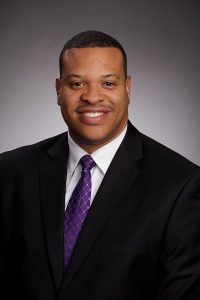 I have observed that institutions that have a robust domestic violence program in place can mitigate domestic violence on campus.   Increasing awareness ussally leads to more women reporting their incidents of abuse.   For example, many campuses have preventative measure training and workshops about sexism, consensual and healthy relationships, sexual harassment, self-defense, deescalation, conflict resolution, campus safety, and campus support networks.  There is a concerted effort to engage students throughout the school year and in open public forums.  Sustained and candid discussions by administrators, faculty, staff and students can engage a campus community and increase awareness.

Other universities have focused on improving their reporting and investigations of Title IX violations.  University employees who hear about a student being abused must report it to Title IX or the campus police. This requirement takes away the pressure a student may feel about reporting the incident to law enforcement.  Title IX protections require institutions to investigate instances of domestic violence and to take appropriate action to protect victims from their abusers.  Some colleges have hired well-trained Title IX investigators and revamped their hearing processes to improve due processes and greater efficiencies.

University leaders must remove the blindfold and take a hard stance towards domestic violence and sexual violence.  Individuals who are found to have committed such acts should be subject to disciplinary action including separation from the institution.  Wrongdoing that goes unpunished oftentimes leads to more wrongdoing without any real consequences.  It must be made crystal clear to students that if they choose to engage in such destructive behavior towards women then they will be held accountable.

My passion for stopping violence against women on college campuses stems from my firsthand experience of witnessing my mother suffer physical and mental abuse by different men. Domestic violence did result in physical harm, psychological trauma, and family embarrassment. The impact on survivors can cross generations and last a lifetime.

Colleges have a social and moral responsibility to educate people and to help solve social problems.  Educational leaders can do more to educate their campus community about domestic violence on campus.  This serious problem is much bigger than the media highlighting a few student-athletes who commit these offensives.  Universities must take the lead by putting policies in place to protect students, dedicate the necessary support resources for survivors, and hold offenders accountable.