Soon, an Ad Campaign Will Highlight Alternatives to a Bachelor’s Degree - Higher Education

Soon, an Ad Campaign Will Highlight Alternatives to a Bachelor’s Degree

The private, non-profit Ad Council will soon launch a national campaign that will tout alternatives to a traditional bachelor’s degree.

The Ad Council declined to give details on the upcoming campaign or provide images, but stated in an email that the campaign “will shine a light on how young and working adults can develop the skills in demand for today’s job market.” The council’s promotions will reflect the work of the American Workforce Policy Board, which was established to examine multiple career pathways other than four-year degrees.

On July 19, 2018, President Donald J. Trump signed an executive order establishing the President’s National Council for the American Worker. Its aim is to develop a national strategy for America’s students and workers to access education and job training that will address the country’s “skills crisis” and equip them for the global economy.

“The rapidly changing digital economy requires the United States to view education and training as encompassing more than a single period of time in a traditional classroom,” says the Council on its website.

Pursuant to the executive order, the American Workforce Policy Board was formed to provide advice and recommendations to the Council on ways to encourage both the private sector and educational institutions to address the skills crisis. This would include increasing new ways of education, training and re-training.

This advisory board/task force is headed by Ivanka Trump and includes individuals from private industry, government and higher education. Its two primary missions are to create a large-scale, year-long advertising campaign and to develop effective advocacy across a range of stakeholders.

Dr. Marianne H. Wanamaker, associate professor of economics at the University of Tennessee and a member of the task force, said that even as the U.S. moves to a more knowledge-based economy, the demand will still exist for workers with applied technical skills. 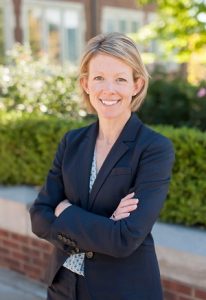 “Over the next several years, the labor market is going to become much more adept at assessing underlying skill, rather than degree attainment, which may erode some of the value of a four-year degree as alternative methods of imparting skill become available and demonstrate success,” said Dr. Marianne H. Wanamaker, associate professor of economics at the University of Tennessee. “If skills can eventually be observed directly, four-year degrees become less needed. Alternatives to a four-year degree are likely to grow in number and quality over time.”

She described four-year degrees as a “single-point-in-time solution.”

“If lifelong learning is going to be a critical feature of the future of work, the education infrastructure will need to be strong outside of the traditional four years,” Wanamaker said.

The American Workforce Policy Board has four workgroups: an employer-led group looking at how employers can invest in the workforce; a group dedicated to modernizing candidate recruitment and training; data and transparency designed to better match workers with jobs; and promoting multiple pathways to career success. 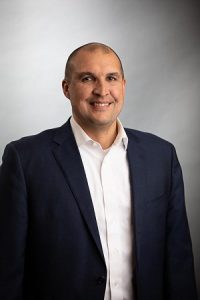 WGU, which primarily serves adult learners, offers bachelor’s and master’s degrees as well as an array of work-related credentials and certificates. Smith said the university embraces the competency-based model and is looking at ways to build additional pathways with products and services that will serve learners with long-term learning loops as they go through their careers. The university is continuing to explore industry certifications and micro-credentials.

“We believe in a future of fluid pathways between education and work,” said Smith. “We do believe that skills and competencies are the currency of the future of work. We’ve been working in that direction for many years and we will continue to move in that direction.”

“There are a lot of different things that we see as supplementing our traditional approaches in higher education,” he added. “Not replacing those, necessarily, just supplementing and improving.”

Task force member Dr. Sheree Utash, president of Wichita Area Technical College (WATC), a two-year technical school, and vice president of workforce development for Wichita State University, said the promotion of alternative pathways does not negate the value of four-year degrees. Rather, it informs future students that there are multiple pathways to careers. 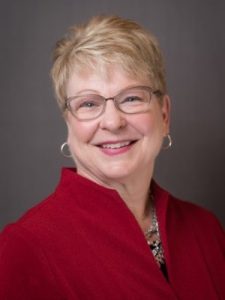 “We do have to look at how important the whole area of career technical education is when it comes to succeeding as a nation with people that can make and fix and heal and do all those kinds of things,” said Utash. “The idea behind it is to try to educate that there’s dignity and nobility in all types of educational pursuits and all kinds of careers.”

He said part of the work of the advisory board has been for its 19 CEOs to help shape the future of what their critical workforce will look like. They will need employees with four-year degrees but will also see an increasing emphasis on positions requiring some postsecondary credentialing. She envisions it as a ladder, with individuals able to acquire new information and credentials as they progress through their careers.

When asked about whether cultivating and promoting alternative pathways creates a possibility for bias in counseling, with low-income students or students of color being disproportionately directed away from four-year degrees, Utash said it does not. She hopes the Ad Council campaign will be one of “pure education” with visual depictions of different types of careers. People will be directed to a website that will provide actionable steps for those interested.

“It’s opening the eyes of Americans to the idea that there are multiple educational pathways to careers,” said Utash. “It’s incredibly important that as a nation we meet that critical workforce need and the two-year institutions across this nation are positioned to do that.”

Utash said technical colleges and community colleges will step up and meet the increased need, but she did not answer how that increased demand would be funded.

“Maybe there will be some different spotlight, different emphasis, different distribution of educational funding as a result of this. I don’t know,” said Utash. “Maybe that becomes part two.”