In spite of an increase in the number of women in research, gender disparity still persists in research authorship, says a new report by Elsevier.

The report, “The Researcher Journey Through a Gender Lens,” analyzed research participation and career progression across the European Union and in 15 countries including Argentina, Brazil, Mexico, Canada, the United States, the United Kingdom, Portugal, Spain, France, Italy, the Netherlands, Germany, Denmark, Australia and Japan.

This report is an extension of two other Elsevier reports — “Gender in the Global Research Landscape” and “Mapping Gender in the German Research Arena.”

“It’s really exciting that we are releasing the report and that it’s being done around International Women’s Day,” said Dr. Holly Falk-Krzesinski, vice president of research intelligence on the Global Strategic Networks team at Elsevier. 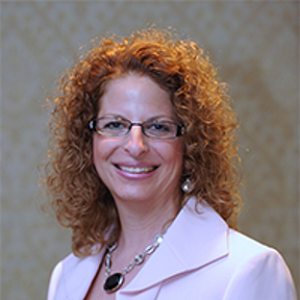 She said the report analyzed the science system as a whole and looked at collaboration, the overall impact of researchers’ citations on others in the field, and the ways in which scholars engage internationally.

“It is representative of our ongoing and broader effort towards gender diversity and promoting women in science, technology, engineering, mathematics and medicine fields,” said Falk-Krzesinski, who is also co-chair of Elsevier’s Gender Working Group.

According to the report, the overall gap between men’s and women’s participation in research is decreasing. The ratio of women to men researchers increased to 20 women for every 100 men in almost all countries studied.

However, between 2014-2018, men still outnumbered women in terms of authorship, except in Argentina, where 51% of publishing researchers were female. Japan had the lowest number of women authors, at 15%, according to the report.

Men were also published more internationally, awarded more grants and applied for more patents compared with their female counterparts.  Spain and Mexico had the largest number of women inventors. And Canada’s research grantees rate was the highest, with 50 women per 100 men, while Japan’s was the lowest with 10 women per 100 men.

Women were highly represented in research subjects related to health sciences, such as nursing and psychology, while men were notably more present in physical sciences. Additionally, there was a higher rate of male authors with a long publication history compared with women who held a short publication history, according to the research.

Across all subject areas and geographies, men were more likely to be co-authors than women, with the gap broadening with an increase in publication history. Additionally, both men and women preferred to collaborate with authors of the same gender.

“We need to be able to look out for inclusion and that we have to recognize that not all geographies and not all fields are making change and gaining strides at the same rate,” said Falk-Krzesinski. “We need to be able to home in on where really great change is happening and where change is happening far too slowly so that we can create specific kinds of interventions or policies to address those areas where there are still gender diversity and inclusion shortcomings.” 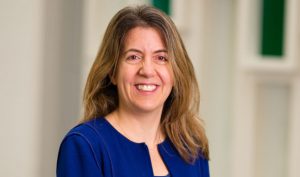 As for the reason behind the gender gap, Falk-Krzesinski says that it stems from gender bias as well as a perception that there is no problem.

Women also want to ensure that they aren’t receiving a position or an opportunity simply because of their gender, said Falk-Krzesinski.

“They want to be recognized for the merit that they bring and for their accomplishments,” she said. “Then there are concerns that gender is being used as a consideration but in a negative way and there are negative perceptions that result from that.”

Having a family and being a parent also have an impact on career progression.

In addition to the report, Elsevier plans to launch an Inclusion and Diversity Board. The board will aim to address inclusion and diversity issues and will focus on the areas of participation, gender in science and career progression as a way to improve gender equity in research funding, peer review and publication, according to Elsevier’s press statement.

“There has been important progress in gender balance in research over the recent decades and it is encouraging to see from our report that women are closing the gender gap globally,” said Kumsal Bayazit, CEO of Elsevier, in a statement. “However, our latest findings also indicate persistent areas of gender inequality, so we have more work to do to address issues that span diversity and inclusion in research. There is no single solution here; it will take all parts of the research ecosystem to come together and focus on making progress to drive lasting change.”