Medieval Studies Struggles Against White Supremacist Elements in the Field

As the International Congress on Medieval Studies (ICMS) planned its 2019 convention in Kalamazoo, Michigan, scholars noticed a common theme among the rejected presentations: “Race and the Medieval,” “Decentering Privilege,” “How to be a White Ally in Medieval Studies 101,” “Globalizing Medieval Pedagogy,” “Translations of Power: Race, Class, and Gender Intersectionality in the Middle Ages” — to name a few. 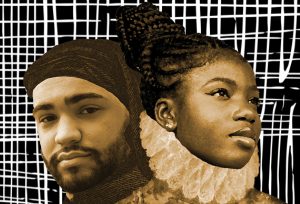 Though exasperated, many scholars of color were not surprised — questions of race have historically been swept under the rug within the field, they say. Just ask Dr. Adam Miyashiro, a comparative literature professor at Stockton University, who says it took nearly 11 years to publish his dissertation examining race in the Middle Ages.

“Medieval studies in general has been the last humanities-based discipline to welcome new perspectives, whether it’s research perspectives or theoretical perspectives,” said Miyashiro. “It was previously dominated by White men and for that reason, questions surrounding race in the Middle Ages were often ignored.”

However, as a small rebellion inside the world of Medieval studies gains traction, those questions are now being given due attention as scholars of color challenge the field and reckon with how it has, in some instances, reinforced White supremacy.

Within the last three years, scholars of color have created their own blogs, workshops and an international research symposium. In some cases, they’ve even stepped down from prestigious positions in protest.

This past September, Dr. Mary Rambaran-Olm, a Medieval literature scholar, resigned from her post as vice president of the International Society of Anglo-Saxonists, citing the society’s refusal to change its name as emblematic of the racism and sexism within the field.

In the wake of her resignation, the society voted to change its name, due to “Anglo-Saxon’s” problematic connotations related to White supremacy.

But the name change, as Rambaran-Olm suggested in her resignation speech, is only a small improvement and doesn’t solve a larger question looming over the field: how did Medieval studies become so entangled in racism?

Medieval studies covers the 1,000 years between 500 A.D. and 1500 A.D., which scholars typically examine through a literary, historical, artistic, philosophical or religious lens.

However, though people lived in all corners of the globe during the era, the field has mostly focused on Europe for the past three centuries. The reason, said Dr. Cord Whitaker, an assistant professor of English at Wellesley College, is due to how the field was deployed for colonialist purposes in the 1700s.

“The notion that the Middle Ages were purely White and purely European was part of a cultural program of making people of European descent appear to have a long and storied history, one full of chivalry, while suggesting that colonized people had a much shorter history, and thus, don’t have access to the Middle Ages,” said Whitaker. “And that’s simply not true.”

In fact, before the British Empire rose as a colonial power in the early 1700s, Whitaker said ideas of Blackness and Whiteness in 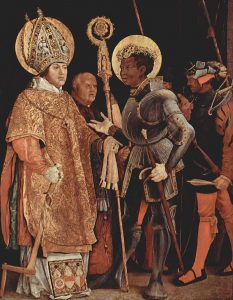 the Medieval era were quite different. Often forgotten, he said, is the Catholic Church’s view of “holy Blackness” in the Middle Ages, pointing out that the Patron Saint of the Holy Roman Empire, Saint Maurice, was often depicted as a Black man from Egypt. Also forgotten is the fact that many influencers of the early Christian church were Black men from Africa.

Whitaker said these details of the Medieval era became whitewashed when colonial cultures began studying the era, to the point that what people tend to think of as the Medieval Era — knights, the plague, jousting — usually only falls within the realm of “Old English” studies, not Medieval studies as a whole.

But even then, Old English studies itself was never as homogenous as many scholars have presented it to be, said Whitaker.

“A major misconception about the Middle Ages in Europe is that it was homogeneously White and that’s patently false, especially in major port cities, such as London,” said Whitaker. “In fact, the Middle Ages was a time every bit as sophisticated, complicated and diverse as our own period.”

The White focus of the field laid the foundation that many neo-Nazis have built their beliefs on: that “Western Civilization” was born out of an isolated, all-White Europe. References to the Middle Ages — or at least to their own warped idea of what the era was — can be found throughout White supremacist circles, says Miyashiro.

“The case is that a lot of Medieval studies scholarship can be used by White supremacists simply because of the ideological bent of many of these scholars,” said Miyashiro. “If the scholar lived in the time of European colonialism, the scholarship probably affected that colonial attitude towards non-European people.”

The problem is further exacerbated, Miyashiro said, by the fact that older scholarship is typically open-sourced on the internet while recent scholarship — papers more likely to employ a postcolonial lens — remains behind paywalls. In effect, he said it’s often easier for White supremacists to find colonial narratives of Medieval history on the web.

And it’s those narratives that Medieval scholars of color are working to replace through postcolonial critiques of the field.

For many years, however, the few scholars of color writing postcolonial critiques found themselves working in isolation from one another. It wasn’t until 2017 that they decided it was time to unite and publicly publish their work together.

In response, they created the Medievalists of Color website, or medievalistsofcolor.com, where academics from around the world post their thoughts, essays or musings related to race, current events and Medieval studies.

“We’re putting [information] out there in the public sphere, so 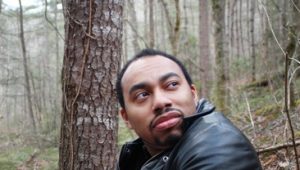 It’s their way of publicly dismantling one of White supremacy’s core beliefs: that the Medieval era is a cultural heritage of White people only.

“White supremacists are incredibly threatened by the idea of a global past, a past that wasn’t just all White and that Western civilization didn’t just come out of a White world,” said Dr. Ayanna Thompson, an English professor at Arizona State University. “A lot of the work that we’re doing is systematically destroying that narrative, and what’s powerful about it is it does create a space for more diverse people to engage in this time period and this area of academic study.”

After hearing about the medievalists of color whose presentations had been rejected from the Michigan conference in 2017, Thompson decided to act. She founded her own symposium, “RaceB4Race,” where scholars of color could present their research in both the fields of Medieval and Renaissance studies.

For the initial RaceB4Race conference in 2018, she invited ten academics of color to speak, expecting roughly 40 people to attend. Instead, a crowd of 300 showed up.

“You’ve never seen a conference dealing with Medieval and Renaissance studies with all scholars of color,” said Thompson. “And the audience, which was made up of a lot of graduate students of color, had never met the senior people who were also of color.”

Meanwhile, Thompson is also working on creating academic journals for Medieval and Renaissance scholars of color, increasing their visibility in academia.

“It’s very true that if you’re doing intersectional work and transdisciplinary work, that you need a different venue to publish your stuff,” said Thompson. “And so we’re trying to create these venues that have anti-racist and inclusive practices.”

“When I was president of the Shakespeare Association of America, I told our board of trustees that we should be on the lookout because we’ll be next,” Thompson said. “Because Shakespeare is, of course, one of the pillars of their fantasy of a ‘great White, Western civilization.’”

For her, though, Shakespeare is “a secret weapon.” Since it’s still a required literature course at many institutions, she says she’s able to discuss issues of race, sexuality, class and gender with students who might not otherwise engage with texts through those lenses.

“A lot of students when they get to my college class, they say, ‘Why wasn’t I ever taught this stuff in high school?’” Thompson said. “And they talk about how exciting and fun and immediate it feels for them because it’s addressing all the issues they’re interested in.”

Likewise, Miyashiro intentionally works to broaden the canon of the Middle Ages in his classes too, often teaching texts that focus on India and the Arab world during the era.

“[My students] have been fed a steady diet of Lord of the Rings and Game of Thrones, because that’s the fantasy,” said Miyashiro. “I want to break them out of that fantasy and say, ‘Look, Medieval Europe is great, but it has to be read in the context of the rest of the world and not as the only part of the world in which this time period is studied. It’s then they realize that their languages and their people are actually in the Middle Ages too.”

A Case for Medieval Studies

For a long time, Thompson said scholars have been discussing two different questions: how to battle racism in the field and how to attract more students to the field when fewer people are pursuing the humanities, much less Medieval or early modern studies.

What many people don’t realize, she argues, is that those two conversations stem from the same problem: a lack of diversity. Globalizing the field, Thompson argues, can not only destroy some of White supremacy’s core beliefs but attract a more diverse set of students who would be able to find themselves in the texts and want to understand race and power formations today.

“If you think that starting in the 20th or 21st century is going to allow you to answer all the questions you might have on power, racial formations and intersectionality, then you’ll be woefully mistaken, because you need to have a much longer historical arc to understand how some of the structures of power have been established,” said Thompson.

Whitaker concurs, adding that the era is not irrelevant to today but positions students to become global thinkers and policymakers for current religious and racial divides.

“We are in an era where we need, more than ever, folks who are deeply engaged with history, especially histories that have political implications such as race and religious differences and even forms of warfare,” said Whitaker. “When people study Medieval studies, they are gaining all of that.”