You Can’t Compromise With Racism: College Leaders Must Address Our Ugly Racial Past - Higher Education

On June 2, 1913, Julian Carr dedicated the newly erected “Silent Sam” statue on the campus of the University of North Carolina, Chapel Hill by telling a personal story of a time he “horse-whipped a Negro wench…upon the streets of this quiet village…” in the presence of 100 occupying Federal soldiers shortly after Robert E. Lee and his Army of Northern Virginia surrendered at Appomattox. The Black woman who was the victim of Carr’s assault had, by his telling, “insulted and maligned a [White] Southern lady.” Silent Sam that day took his place at the vanguard of protecting the Lost Cause of the Confederacy at the first operating public university in United States history.

On November 27, 2019, Kevin Stone of the North Carolina Sons of Confederate Veterans (SCV) boasted by email to other SCV members that their organization had secured $2.5 million to care for the statue, which months earlier was toppled by activists after years of campus protest. Stone’s email read, in part, “What we have accomplished is something that I never dreamed we could accomplish in a thousand years, and all at the expense of the University itself.” Within days, the Andrew W. Mellon Foundation pulled back a grant long in the works in response to the university leaders’ “shocking” and “still-bewildering” decision. 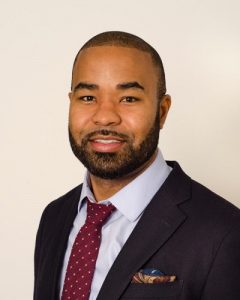 Although a judge in North Carolina recently intervened to rescind the SCV/UNC arrangement, incidents like this and others in higher education show the pernicious, persistent power of decision-making that seeks compromise with White supremacy, rather than its eradication. Although symbols on campus (e.g., statues, artwork, and building names) can be an overlooked aspect of a campus environment, symbols that honor slaveholders and noted White supremacists are unnecessary and antagonistic shrines that validate White supremacist ideals. More than a century after the erection of many Lost Cause monuments, college and university leaders must commit to doing better.

Institutional leaders must move beyond rehearsed rhetoric and seek to forcefully tackle their institutions’ problematic racial histories of exclusion and exploitation of people of color. This process requires identifying and addressing current policies, practices, and symbols that make campus environments openly hostile, unwelcoming, and disempowering for students of color. Such action is necessary to create equitable environments that affirm, welcome, and support all students.

Failing to act will continue to make pursuing a higher education degree–the best means toward upward socioeconomic mobility–a riskier investment for many students of color who are adversely affected by hostile campus racial climates. Much research indicates that students of color often perceive many predominantly White campus environments as racist and unwelcoming. And these perceptions of the climate negatively influence their academic and social engagement, sense of belonging, and chances of completing a degree.

Improving climate must include acknowledgement and atonement for a racist past, and a small number of institutions are acting already. Approximately 50 institutions across the U.S. and abroad now participate in the Universities Studying Slavery consortium. Participating institutions include Furman University–which has its own Task Force on Slavery and Justice–and Wake Forest University, where President Nathan Hatch recently used his Founder’s Day address to acknowledge and apologize for the ways that institution and its antebellum leaders benefitted from the sale and labor of enslaved people. And in September 2019, Virginia Theological Seminary–located in the shadow of Robert E. Lee’s Arlington House–established a $1.7 million reparations fund as part of a “commitment recognizing the racism in our past and working toward healing and reconciliation in the future.” 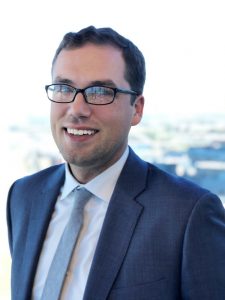 These campus efforts that are already underway are all welcome, but they should serve as starting points in a broader effort to improve the campus experience of students of color. As we move into a new decade, campus leaders across the country should follow this trend and take meaningful steps to address not only the historical legacies of White supremacy and exclusion but also the current racial inequities that limit access, affordability, and success for many students of color.

Here are four actions college and university leaders should take right away to improve their campus racial climates:

1.) Follow the example of post-apartheid South Africa and undertake their own truth and reconciliation processes–engaging current students, alumni, faculty, staff, and other key community members–and commit to addressing the injustices of the past. Such a process should include, but not be limited to, actions like removing all physical representations and symbols of White supremacy on campus.

2.) Conduct a holistic assessment of their campus racial climates to identify where challenges exist and determine steps for improvement. After reviewing their data, institutional leaders should direct strategic interventions aimed at eliminating inequitable educational outcomes. The University of Southern California has several resources that can help campuses navigate this process, including the National Assessment of Collegiate Campus Climates, the Equity Institutes, and the Equity Scorecard.

3.) Speak openly and in prominent public forums to demonstrate commitment to these processes. Campus leaders must also listen to students, alumni, faculty, staff, and other key constituents to participate meaningfully in making the campus a more racially equitable space for all community members.

4.) Engage the quantitative and qualitative research literature on campus racial climates to better understand how campus environments affect students–and even institutions, as exhibited by Andrew W. Mellon retracting a grant from the University of North Carolina. The research includes practical recommendations and can help leaders understand the complex nature of campus environments.

President Hatch’s remarks should echo across campuses nationwide: “Acknowledging past wrongs and taking responsibility are only the start of repairing damage and pursuing healing. A true apology requires taking action and incorporating meaningful change.” Tearing down shrines to the legacies of misguided and violent men is an obvious and necessary first step.

University of Washington Gets $210M from Gates Foundation