A Latina Engineer Fights For A Review of Her Tenure Case

About 50 students and faculty at the University of Colorado Boulder protested last month in support of Dr. Lupita Montoya, a former assistant professor denied tenure in the College of Engineering and Applied Sciences. Now a research associate at the university,  Montoya has been fighting for a review of the decision on her tenure since her case first came up in fall 2016.

At the time, her department came out in favor of her promotion after a split vote. The college of engineering, however, did not.

This didn’t surprise Montoya. She expected to hit a barrier. 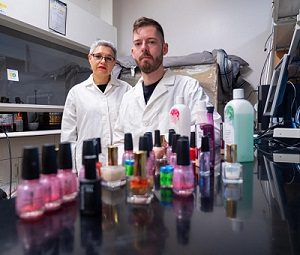 “Considering I’m the very first underrepresented minority woman in the history of the whole college … they’ve never seen anybody like me,” she said.

But when the college’s former dean, Dr. Bobby Braun – followed by a campus-level committee – ultimately decided not to recommend her, it was a blow.

“I get emotional,” she said. “This is my livelihood. This is my career. I’ve spent decades building my body of research.”

Montoya said there were procedural errors and discrimination in the handling of her case, and she’s not the only one who believes that.

In 2017, she filed a complaint with the university’s Privilege and Tenure Committee, pointing out possible breaches in protocol. For example, when a department and a dean disagree on a tenure case, usually the chair and the dean sit down for a discussion, she said. Also, the dean questioned five out of six of her external reviewers, she added, arguing the caliber of their institutions was below that of the University of Colorado Boulder, but he didn’t request additional letters and lagged in telling the department his decision.

Engineering professor Dr. Angela Bielefeldt, one of two primary reviewers for Montoya’s case, described the way the dean handled the letters as “non-standard.”

External letters of reference are “fairly important to the process,” she said, so it’s “not exceedingly rare” for a department to provide more external references if it would bolster a tenure case. But by the time, the dean informed them that he wouldn’t recommend Montoya, her case was due to be presented to the campus-level committee and there wasn’t enough time.

Upon review, the Privilege and Tenure Committee agreed with Montoya that there were breaks with policy and called for a reevaluation of her case, but this was also denied. When a second committee reviewed her grievance, it concluded that she wouldn’t have gotten tenure even without the procedural mistakes, so, her case would not be reevaluated.

This conclusion “baffled” Bielefeldt, who didn’t see any harm in a second tenure review process, especially in a case where bias could be at play, she said.

“Why make that leap in judgment?” she asked. “If everyone had fairness in the uppermost in their minds, we wouldn’t want there to be any cloud of doubt. That’s the thing that’s always made me feel the most uncomfortable.”

Braun has since left the college of engineering for a position at NASA, but he told Diverse that Montoya’s case has already been thoroughly considered.

“I strongly support the creation of a more diverse and inclusive CU Boulder community,” he wrote in a statement. “It’s disappointing when any faculty member is not granted tenure – it’s a loss for the university and the candidate. This case, however, has been reviewed an additional two times by independent panels external to the initial process.”

The university was unavailable for comment at the time of publication.

Montoya chalks up her tenure denial to discrimination against her as a Latina and not just to hiccups in the tenure process, which she stated in a complaint to the Equal Employment Opportunity Commission about a year and a half ago, the Boulder Daily Camera reported.

With a Ph.D. from Stanford University, Montoya thinks her qualifications are “above and beyond” that of others who have been promoted.

“This might sound pompous or arrogant, but I know what I’m worth,” she said. “As a person of color, I’ve had to do almost double than anyone else.”

While Bielefeldt can’t point to a specific discriminatory incident, she noted that implicit bias can be “cumulative.” For example, women of color are less likely to get research grants, which can impact their research, and as a result, their tenure cases.

These kinds of biases are “an issue that’s been identified in society and higher education,” she said. “We would be naive to think it did not happen in this particular case in any way.”

Montoya also feels like her research was undervalued as “service” as opposed to real scholarship. Some of Montoya’s work focuses on indoor air pollution in communities of color in Colorado. For example, she’s currently working on a paper about nail salon workers’ exposure to chemicals. To her, this shows what she can bring to the university as a Latina engineer.

Montoya plans to continue her fight for a review of her tenure case – and to continue publicizing it. For her, it’s about more than her tenure, she said. It’s about a systemic problem in higher education. She sees herself as an example of the challenges facing female faculty of color in attaining tenure across disciplines.

“I’m not going to disappear and go away,” she said. “This needs to come out. Because at the very least, people need to know what these universities are doing. When they send their children to these places, they need to be aware that they are not going to be taught by the best people in the field, and that [universities] have practices that are absolutely regressive.”