More and more colleges are closing their classroom doors — and in some cases, their residence halls — as epidemiologists urge people to refrain from public gatherings amid the coronavirus pandemic. However, while beneficial to public health and safety, such precautions may place the heaviest burden on those who are most vulnerable: former foster youth with housing and food insecurity. 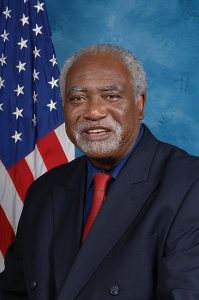 “I’m deeply concerned that many decisions to decrease community spread of the virus could unintentionally cause substantial hardship on the vulnerable and foster youth,” said Davis. “Cancelling classes for weeks, closing school dorms, shutting cafeterias, requiring online coursework could all create substantial barriers for these young people who have fought so hard to make it to college.”

According to Davis, a significant proportion of college students who grew up in the child foster care system face homelessness while attending school. In 2018, the Wisconsin Hope Lab surveyed 686 former foster youth who were currently in college. More than 60% of them reported that they were food and housing insecure and almost 1 in 4 reported they had experienced homelessness in the year prior to taking the survey. 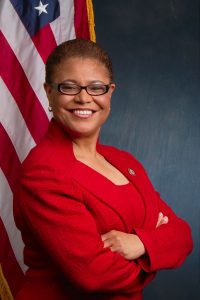 “If colleges are dismissed, then what’s going to happen to those students?” asked Bass. “… As we prepare to address this virus from a preventive, intervention and treatment standpoint, we need to think about any measures that we take and the consequences of those measures.”

Standing beside Davis and Bass was Shay House, a former foster youth who is now a member of the National Foster Institute and an employee of Casey Family Programs.

“Although I’m not personally impacted by this issue right now, if this were to happen just a couple of months ago, I would’ve been greatly impacted,” said House. “As an individual who has grown up in the foster care system, I relied heavily on the dorms for housing, I relied heavily on the institutions for a meal plan and I worked often on campus to make a way for myself. I can’t imagine what my fellow brothers and sisters are going through who are currently in undergrad.”

Additionally, on Tuesday, both Harvard and MIT announced they would not only be moving their courses online, but they would also be closing their residence halls, asking students to move out by Sunday. Upon hearing the announcement, some students expressed frustration and worry on social media.

“Harvard just gave students 5 days to pack all of their things, move out, and go home. many can’t go home because of costs and travel restrictions, and they’ve provided no guidance. and we’re expected to go to class for the rest of this week,” one student wrote on Twitter.

According to a document released by Harvard Primus, a group of first-generation and low-income students, students can apply for travel reimbursement, emergency housing, or the ability to remain on campus, due to “special circumstances.” Requests are being reviewed on a case-by-case basis, though it’s unclear who or how many students can qualify for the exemptions.

For now, though, the majority of colleges and universities in the U.S. have yet to close their campuses, as is recommended by the CDC’s “Interim Guidance for Administrators of US Institutions of Higher Education.”

But even if residence halls and cafeterias remain open, House pointed out that online classes will also pose a challenge to students who don’t have access to a steady internet connection or to the technology required.

“We have to consider that a lot of students aren’t able to automatically switch to an online program,” she said, urging institutions to consider these students when making decisions.

As of Thursday afternoon, 1,215 cases have been reported in the U.S., though that number is expected to climb in the 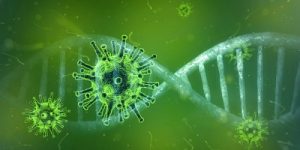 Bass said lawmakers would vote late Thursday on an emergency relief package before being dismissed for recess, which may or may not end early.

When we get back, “it makes sense that we should anticipate an additional package,” she said. “As legislators we’re going to come together and see what type of proposals we can put forward in the future, as this virus progresses, to help young people who are in schools.”