After being suspended in 2018 for his use of racial slurs — once during a class lecture and another during a discussion with a student — Emory University Law professor Paul Zwier will return to campus and continue teaching, reports AJC.

Last year, following student protests and filed complaints, Emory’s Faculty Hearing Committee was tasked with determining whether Zwier’s tenure should be terminated. It eventually recommended his reinstatement, and, now, law school dean Mary Anne Bobinski has signed off on the committee’s decision.

In a letter to faculty and students, Bobinski said the n-word “carries with it the potential for harm, including the disruption or destruction of an inclusive learning environment for students, whatever the motivation of the speaker.” 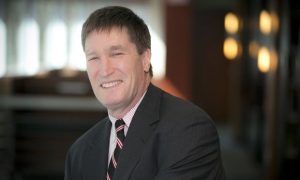 According to AJC, Zwier had first used the slur when lecturing on a Jim Crow-era case involving a hotel restaurant that had refused service to a Black NASA mathematician. Zwier asked his students whether the man could have sued the hotel for damages if it had called him an n-word.

Zwier’s second use of the slur came in an office discussion with a student, in which he was describing his days as a young lawyer working on civil rights cases. He told that student that some White people at the time used to call him an “n-word lover.”

Zwier’s lawyer, Lee Parks, told AJC that the school’s decision to reinstate him was a victory for academic freedom.

“What happened to Paul struck at the very core of tenure,” Parks said. “His victory vindicates the principles of academic freedom which make America’s universities the best in the world.”