Yale Doctor Promoted After Sexual Misconduct Allegations Made Against Him, Lawsuit Says

Even though six women had filed complaints that a Yale University doctor sexually harassed them, the university appointed the doctor to lead diversity and inclusion efforts in a medical school department last summer, states a federal lawsuit filed Thursday, as reported by NBC News. 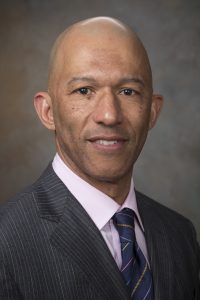 The doctor, Manuel Lopes Fontes is a high-ranking professor who was division chief of cardiac anesthesiology at Yale New Haven Hospital and director of clinical research for Yale School of Medicine’s anesthesiology department. The women, all doctors themselves, said he began behaving inappropriately around them shortly after he was hired in 2015, forcibly kissing them, giving them unwanted neck massages and making comments about their bodies.

Now only listed as a professor of anesthesiology, Fontes no longer holds any leadership positions at the school. Fontes has denied all the allegations made against him.

Meanwhile, the pending lawsuit states that the “Plaintiffs have been subjected to blatant retaliation for their complaints” and are seeking an unspecified amount of damages from Yale for violating the gender equity law under Title IX.