The Maryland General Assembly passed a bill Monday that would expand the definition of what a hate crime is, ultimately making it easier to convict someone accused of one, reports The Diamondback.

Currently, the law reads that a person cannot commit a crime “because of another person’s or group’s race, color, religious beliefs, sexual orientation, gender, disability, or national origin, or because another person or group is homeless.” The current bill intends to replace the phrase “because of” with “motivated either in whole or in substantial part.” 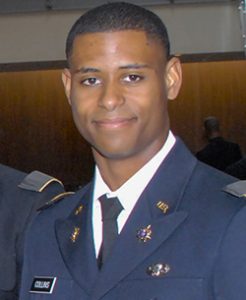 The legislation is named in honor of 2nd Lt. Richard Collins, a Black student at Bowie State University who was stabbed to death on the University of Maryland’s campus in 2017.

The man who killed him, Sean Urbanski, a White former student at the university, was convicted in 2019 of first-degree murder. However, a judge dropped the hate crime charge against him on the basis that prosecutors hadn’t bought enough evidence to substantiate the claim.

At the trial, prosecutors had presented a collection of racist memes saved on Urbanski’s phone as evidence that he was a member of a White supremacist Facebook group.

The day after the charge was dropped, the Collins family urged Maryland to change its hate crime law. Bowie State University and the University of Maryland supported the family.

“We want the world to know that we’re going to continue to fight for his legacy,” Collins’ father, Richard Collins II, said at the time.