John F. Merchant, the first Black graduate at the University of Virginia (UVA) School of Law and the first African American to serve on the United States Golf Association’s executive committee, died earlier this month at 87, reports The Richmond Free Press. 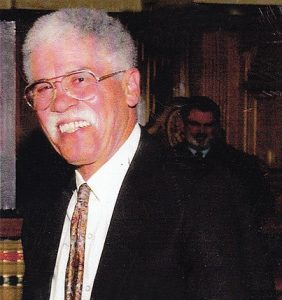 Born in 1933, Merchant paved a way out of poverty by pursuing education. After graduating from Virginia Union University and then the UVA School of Law in 1958, Merchant served in the U.S. Navy before spending 50 years as a lawyer in Connecticut courts. At the beginning of those years, law firms in his hometown of Greenwich refused to hire him as an associate because of his skin color, so he moved to Bridgeport where he and two other Black attorneys built their own successful law firm.

As a skilled golfer who was initially not allowed to participate in tournaments controlled by only White men, Merchant was outspoken in the need to increase diversity in sports and spearheaded annual symposiums on minorities in golf.

His legacy includes a program making golf more accessible to children of color, a UVA scholarship dedicated to African American students and an autobiography, A Journey Worth Taking: An Unpredictable Adventure, published in 2014.