Coronavirus Claims Life of U of Washington Professor - Higher Education

The novel coronavirus has claimed the life of a longtime University of Washington pathology professor who was renowned in his field, reported the Associated Press. 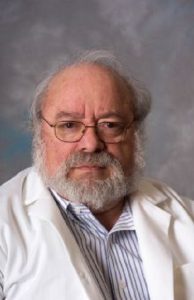 The professor, Dr. Stephen Schwartz, who died Tuesday, had taught at the university since 1974. He was co-founder of the North American Vascular Biology Organization.

It wasn’t clear how or when Schwartz contracted the coronavirus.  A university spokesman said in an email to AP that Schwartz was not working with patients and did not contract it at work.

Schwartz “left a lasting imprint on our department, our university, and the broader scientific community,” said a tweet Wednesday from the university’s Pathology Department.

Schwartz graduated from Harvard University in 1963, got his medical degree from Boston University and arrived at the University of Washington for his residency in 1967.