Senate Democrats on Thursday called for “a minimum” of $10,000 in student loan relief for all federal student loan borrowers due to the widespread uncertainty caused by the spread of the coronavirus.

This effective cancellation of $10,000 of debt for each borrower is proposed over and above other measures, including the immediate cancellation of monthly student loan payments for the duration of the national emergency prompted by the coronavirus crisis.

The Senators’ proposal also requires Congress to authorize the education department to make monthly student loan payments on behalf of borrowers. The payments would be equivalent to the amount due for all federal student loan borrowers — including Direct Loans and Federal Family Education Loans (FFEL) — through the entire duration of the national emergency declarations. 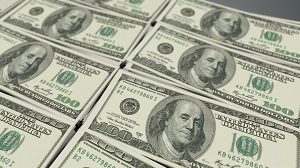 Warren drew attention particularly to student borrowers of color, when she referred to those hit hard by the last economic crisis, The Great Recession.

“Last time our economy crashed, this country made a devastating mistake: we turned our backs on students and families to bail out the giant banks,” said Warren.  “Student loan borrowers — especially students of color — never fully recovered from that economic punch to the gut. This time around, by cancelling student debt payments for millions, we will fix the mistake that still holds back a generation of people and dragged down our economy, and create a real, grassroots stimulus to help see us through this crisis.”

The senators’ proposal on student loans is part of the Senate Democrats’ Phase 3 proposal for at least $750 billion to provide relief to those who will be affected by the looming economic crisis created by the coronavirus pandemic and the attendant shutdowns.

The proposal also calls for stopping the garnishment of wages, tax refunds and Social Security benefits, and all interest capitalization including from interest accrued prior to the president’s March 13th announcement of a national emergency due to the coronavirus pandemic.

Following the conclusion of the national emergency, the proposal calls for the Department of Education to institute a 90-day “grace period” during which missed payments will not result in fees or penalties, including negative credit reporting.

The senators’ proposals will also codify the president’s waiver of interest on federal student loans held by the Department of Education and extend this waiver to FFEL loans.

What’s more, the Senate Democrats said the suspension of students’ monthly loan payments should be made a new policy.

Meaning, the suspension should be one that is distinct from “deferment” and “forbearance,” which are opt-in procedures that don’t count toward student loan forgiveness under income-driven repayment or Public Service Loan Forgiveness.

According to Forbes’ calculations based on education department data, if these proposals are passed, “it would eliminate the entire balance for nearly 16 million people — approximately 35% of borrowers,” the publication said in an article. “The median debt of borrowers who are in default on their student loans is less than $10,000,” said Forbes, citing information from a 2015 department fact sheet.

The senators’ proposal also requires the secretary of education to send monthly notices to all borrowers to allow them to opt out of the suspension and payment contribution and to notify them that the program is temporary and will end at some point when the national emergency has ceased.