A priest teaching at St. Ambrose University has been suspended from teaching after sexual misconduct allegations were made against him, stated the Catholic Diocese of Davenport, Iowa, according to KCRG news. 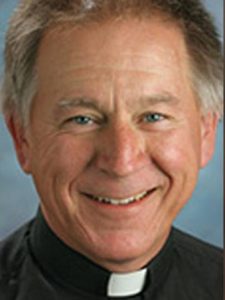 The priest, Rev. Robert “Bud” Grant, has served on the faculty of St. Ambrose University since 1994. The allegation against him involves a matter which happened in the early 1990s.

“We know it can take years, sometimes decades, for victims to summon the courage to come forward,” said Des Moines Bishop William Joensen. “While we investigate this allegation, it is my ardent hope that it serves as an impetus for anyone who may have been sexually abused by a clergy member of our diocese to let us know so that we can prevent it from ever happening again. Please keep all those involved in this matter in your prayers.”

The Diocese of Des Moines, where Grant was ordained in 1984, has been handed the case and will review the evidence produced by the investigation and “offer counsel to the bishop according to their standard protocol,” states KCRG.