EAB Analyst: Under-Resourced Colleges Could Face Closure Due to Coronavirus

The coronavirus crisis will “accelerate a closure of colleges and universities,” especially under-resourced institutions, said a higher education analyst from EAB to Diverse.

EAB, which on March 19 held a flash poll of 500 university enrollment officials during a webinar, said that 90% of respondents said they felt the highest levels of concern — 4 and 5, with 1 being low and 5 being high —  about “yielding” the Fall 2020 class. “Yield” refers to the percentage of accepted students who enroll. 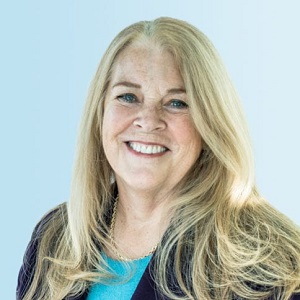 “In conversations I’ve had, there are a number of institutions that are experiencing financial strains, and when you combine that with uncertain enrollment results and loss of valuation [with endowments declining as markets fall] … I absolutely believe this will accelerate the closure of colleges and universities. … This is a sort of cataclysmic event,” said Madeleine Rhyneer, EAB vice president and dean of enrollment services.

Senators Cory Booker (D-N.J.) and Doug Jones (D-AL) last Thursday pressed for $1.5 billion in emergency funding to help historically Black colleges and universities (HBCUs) and other minority-serving institutions respond to the coronavirus pandemic. Like leaders of the nation’s HBCUs, the United Negro College Fund and the Thurgood Marshall College Fund, the senators said that the costs of operating during the pandemic threaten these institutions’ future survival.

Since the campus closures began due to the spread of the coronavirus, several HBCUs and other under-resourced institutions have covered expenses for students from low-income families who have had to leave campus and go back home. They have also had to put resources into online teaching, so students’ academics don’t suffer during the stoppage of in-person classes.

Referring to HBCUs and MSIs,  Lezli Baskerville, president and CEO of the National Association for Equal Opportunity in Higher Education, said, “These 800 equal educational opportunity American colleges and universities are graduating 4.8 million undergraduate students in the U.S., 24% of all students. They are doing this despite their woeful underfunding.”

And now, HBCUs and MSIs, like other institutions, face enrollment challenges. That the situation devolved to such an extent has caught everyone by surprise. And Rhyneer said as much in her blog: “As you might expect, even across the past few days, trends have been shifting as the COVID-19 virus spreads across the country.”

For instance, consider the difference in the results of EAB’s flash poll of March 19 and a survey it launched March 10. In the earlier survey, on the question of ‘yield,’ EAB said 75% of respondents reported concern at the highest levels of 4 and 5. That number jumped 15 percentage points less than a week later, although the number of those polled earlier was lower.

“Concern [about yield] was wide and deep; [colleges] are really worried because they have had to shut down and for an enrolling student class, often the way to fall in love with you is the moment you visit campus,” said Rhyneer. “Managers are worried about how to maintain engagements.”

Similarly, in the earlier poll, 87% of respondents said they worried about the number of campus visits declining. “Now 100% are worried,” said Rhyneer late last week.

While closures will be an extreme consequence of the coronavirus pandemic, the situation also throws up a host of seemingly contradictory prognoses, said Rhyneer.

“The biggest fear I heard expressed over and over is that when families’ welfare and safety are paramount, students want to stick closer to home, so many might think going out of town is risky,” she said. This may have a positive effect on enrollments at state public institutions which “already have huge advantages.”

However, private institutions that are close to students’ homes may also benefit. “Many students are also within distance of private colleges and universities which may also look like a safe haven, sort of an in loco parentis,” said Rhyneer.

The gainers, though, may be community colleges, said Rhyneer.

“If unemployment is high, more students go to college, but it might push some students [who are] more risk averse and underprepared into a two-year college experience,” she said.

From EAB’s survey, it appears not many enrollment leaders have in place a plan to deal with students who are not able to complete high school this year due to the coronavirus.

“Currently, only 5% of respondents have a plan in place to address this, but 65% are working on a plan. Only 17% do not plan to accommodate this scenario; a small number of respondents plan for the student to enter in a subsequent semester,” said Rhyneer in her blog.

Meanwhile, if deposited international or domestic students are unable to arrive on campus for the first semester as a direct result of coronavirus, a quarter of respondents are already planning to offer remote learning options such as online courses, said EAB’s survey.

“This number could go up dramatically as the situation changes; however, 5% of respondents declared that [they] were not going to offer remote learning, while 69% were unsure.”

Moving instruction online can be a double-edged sword, though.

“Some are worried, [saying],‘If students like it so much, what if they don’t want to go back.’ … They are also worried about the retention of current students, because maybe online instruction is not great from some students’ perspectives,” and if it continues, those students may not return, said Rhyneer.

Still, if there’s one thing Rhyneer has noticed in all her conversations with higher education officials, it’s that “people are not complaining, they are rolling up their sleeves and getting to work.”