The college sent a letter Friday to students, faculty and staff addressing its investigation into an alleged incident “that occurred nearly two weeks ago [that] involved the use by some members of the lacrosse team of racist, harassing speech.” 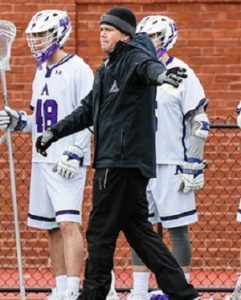 In the letter, the college also mentioned past “deeply troubling cases” involving members of the Amherst men’s lacrosse team.

“Those cases include sharing photos of a teammate with a swastika drawn on his face who had passed out at a party, and GroupMe exchanges denigrating and ridiculing gender-nonconforming and trans staff,” the letter said.