Iowa State University has let go the student government’s staff adviser who posted a picture of himself in blackface on social media, said an Associated Press (AP) report on We Are Iowa. 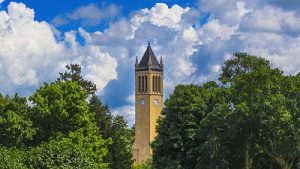 The adviser, Alex Krumm, resigned March 1 and received a $47,000 severance payout, weeks after student activists demanded his firing over a 2015 Instagram post in which he’s shown with his face painted black when playing a mime in a student production.

A separation agreement accessed by AP shows that Krumm and university president Wendy Wintersteen agreed that his continued employment was no longer “in their best interests.”