The dean of Wake Forest University School of Law recently apologized to students after a professor quoted the n-word from a court case while teaching a constitutional law class, reported The College Fix.

Dean Jane Aiken said the professor, Michael Curtis, used “the most offensive word in the American language — the n-word.” 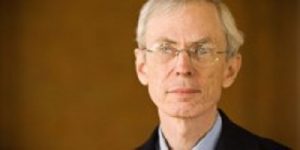 Curtis was reportedly teaching Brandenburg v. Ohio, which Reason called “one of the most important First Amendment precedents, involved the prosecution of a KKK leader for his speech at a rally. “

Aiken apologized to students who heard Curtis say the word or heard about it from others.

“Confronting America’s discriminatory past through case law can be challenging enough without hearing your professor read that word aloud in a class,” Aiken wrote in an email to students, faculty and staff, a copy of which was forwarded to The College Fix. “Words matter and the consequences of words (not just the intentions behind words) matter.”

Aiken also said that Curtis sent an email to his students in which he said he “was saddened to learn of and I regret the deep pain that hearing the words read aloud caused some of our students.”