National Collegiate Athletic Association (NCAA) Division I African American women basketball players academically outperformed their male African American counterparts and had a smaller gap with their White teammates in 2020, says the annual report by The Institute for Diversity and Ethics in Sport (TIDES).

With no NCAA Men’s and Women’s Division I Basketball Tournaments held this spring, TIDES based its annual reports on projections for the men’s and women’s tournament entries. “Keeping Score When It Counts: Academic Progress/Graduation Success Rate” studies were published this week.

“One of the natures of being an athlete is being competitive,” said Dr. Richard Lapchick, director of TIDES. “One of the reasons we do this is so schools will find themselves being competitive [academically]. That the men’s teams say, ‘We want be at least equal to the women in the classroom.’ We want to provide that type of incentive.”

While the gap for the men increased this year after decreasing the previous three years, 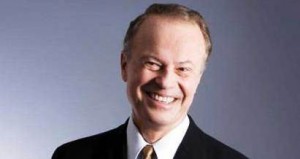 Lapchick is still pleased to see that African American basketball student-athletes did show another increase in GSR.

“One of the reasons we continue to do this study is so that we keep the focus on there, so that academic counselors at the individual institutions as well as fans know,” Lapchick said. “The reports are a vehicle for the public to get a picture of what institutions are doing in terms of preparing our student-athletes for what they’re going to do when they finish playing ball.”

Twenty-four women’s teams and 16 men’s teams achieved 100% graduation rates. Three schools projected to be in both the men’s and women’s tournaments — Gonzaga, Michigan and Arizona State — had 100% GSR.

Shay Jewett, academic coach for the women’s team at Arizona State, said academic success is a comprehensive effort with the coaching staff from recruitment to graduation.

“Once they start at Arizona State, the coaches and I work very closely together on providing the foundation that these young ladies need,” said Jewett, who works in the office of student-athlete development. “There is the basic structure of what it means to be a college student in addition to being a Division I athlete. 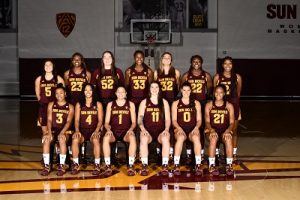 “I help coordinate those two worlds with schedules … putting them in the position where they can actually be successful and compete at a high level,” she continued.

The office of student-athlete development does an incoming evaluation of all student-athletes that provides a glimpse of who they are in the classroom. When Jewett starts working with a student-athlete — most arrive during the summer before their freshmen year — she gets to speak with them about their strengths and weaknesses. If they may need a tutor on some subjects, she’ll set it up from the start. There are also mentors who meet with them.

“I help put that support system into place,” Jewett said. “We want them to have a lot of structure up front until they figure out how this works and what they need to do to be successful.”

There are set study hall hours for the first year. After that, there are quite a lot of online course options available to the student-athletes, but they then have accountable hours that they do in Jewett’s presence. She also does regular grade checks, “just like stats during the game,” she said.

Things are much the same for the men’s team, said Jessica Richardson, associate director, office of student-athlete development, who is the team’s academic coach. She makes sure every basketball team member has some sort of one-on-one academic support.

“Whether that’s me working one-on-one with them or one of our learning specialists or one of the graduate assistants in our office, each guy has some one-on-one time,” said Richardson. “It’s always during the same time frame every day.”

Monday through Friday, from 10 am to 1 pm, Richardson, a learning specialist and a graduate assistant go to the basketball facility and conduct a study hall. The men’s players often avail themselves of the online courses. If a student-athlete is in all online classes, they’re meeting with either Richardson, the learning specialist or the graduate assistant every day during study hall for at least an hour.

“The goal is that they’re using study hall time to complete assignments and get their schoolwork done so that they can spend more time in the gym after practice,” said Richardson, who noted things are slightly relaxed for student-athletes with a GPA of 3.0 or above. “I’m definitely very organized, so I know when things are due for every single person on my team and make sure that they know as well.

The TIDES report also examined factors that may impact the GSR. For the men, it noted that there were only 14 African American head coaches in 68 teams.  For the women, it noted the number of female head coaches among the 64 teams is an impressive 41.

TIDES also issued its first-ever “Brackets for Brains and Diversity,” utilizing the projected tournament teams. Examining the GSR and Academic Progress Rates as reported by the NCAA, TIDES envisions how those teams would progress through the tournament to their respective Final Fours. For the men, the Final Four would comprise Michigan, Belmont, Gonzaga and Bradley. The women’s Final Four would be Rice, Samford, Gonzaga and Stanford.

“The bracket was presented in a way that was meant to be both entertaining and [to] get you to look at why Michigan, Gonzaga and Arizona State are the three schools that are in the final 16 of both brackets,” said Lapchick. “What are they doing that’s different than everybody else so that their men’s and women’s teams are equally represented with the good news.”

Coaches cornered: the 1997 racial report card; the future of African American football coaches may fall victim to the assault on affirmative action

DA: No Charges for Crowder in University of North Carolina Fraud Case