Dual Enrollment Works. But Who Is It Working For? - Higher Education

Dual Enrollment Works. But Who Is It Working For?

Study after study shows the benefits of dual enrollment, or partnerships that allow students to take college courses while in high school. Dual enrollment allows students to get ahead and ease into college with a familiar, supportive framework. But the experts who analyze these programs are still asking themselves how to design these opportunities to serve the students who need them most. 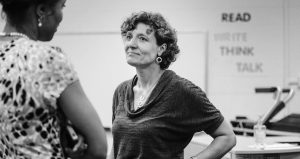 Dual enrollment has been on the rise for years now. The number of high school students in college courses rose about 67% between 2002 and 2010, according to a study by the Community College Research Center. A 2019 report from the National Center for Education Statistics found that about a third of high school students took courses for college credit in the fall of 2009, when the data was collected.

These programs are popular for a reason: Dual enrollment has an impressive track record for enrolling and graduating students.
“Across the board, former dual enrollment students are going to college at higher rates,” says John Fink, senior research associate at the Community College Research Center, located at the Columbia University Teachers College.

Findings from Fink’s study on dual enrollment at community colleges released in 2017 revealed that 88% of students in dual enrollment programs went to college, and significant percentages earned a degree within five years — 46% of the students who enrolled in community colleges and 64% of those who enrolled in four-year colleges. The study tracked almost 200,000 high school students from the fall of 2010 to the summer of 2016.

There’s a “strong foundation of research” to back up the benefits of dual enrollment, Fink says, but the next pressing question is, “Who’s benefitting?”

The research has turned from asking, “Does dual enrollment work to who’s it working for and how can we improve the benefits given there’s so much variation?” he adds.

While dual enrollment has a clear, positive impact on completion rates for students of color, by and large, they aren’t the students taking advantage of these programs. Civil Rights Data Collection statistics in 2015 showed Black and Latinx students were underrepresented in dual enrollment programs. That school year, Black students made up only 9% of high school students in college courses, while Latinx students comprised 17%.

The variation, Fink points out, is part of the problem. Dual enrollment programs differ in eligibility requirements, affordability and student supports, all of which can create barriers for students of color and low-income students.

Meanwhile, as a term, dual enrollment can mean a number of different things — anything from a couple course offerings at a local community college to college-level courses taught on high school campuses to early college high schools, which blend high school and college with a structured program.

Since dual enrollment is such a broad category, some dual enrollment models are better than others, says Dr. Julie Edmunds, program director for secondary school reform for the SERVE Center at the University of North Carolina, Greensboro.

She conducted a study on the impact of early college high school programs, specifically small high schools integrated into college campuses, mostly community colleges. She found that students earned their degrees at higher rates and more quickly than students who didn’t participate in these kinds of programs. 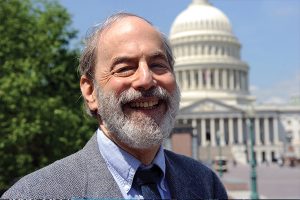 The report also noted that early college high school programs cost about $3,800 more per student, on average, compared to traditional high schools. But the estimated return on that investment was about $33,709 on average in increased lifetime earnings for each student.
While early college high school is a hard model to scale, Edmunds likes that it’s “purposeful” in enrolling students who might not otherwise go to college within a structure to promote their success. She thinks it can be a “lesson” to other dual enrollment options.
The goal of these programs isn’t just to give high school students college credit, she says. It’s “to expand the pool of people who are going to college.”

For her, the most important characteristic of an equitable dual enrollment program is a “future orientation,” in terms of reaching out to underserved communities and offering robust student supports, like career counseling or instruction on soft skills like time management.

“You can enroll anyone in college courses, but if they don’t do well, that’s not helpful,” Edmunds says. “If we want dual enrollment to really meet its potential, it’s about how we prepare more students to be successful in these classes — and have access to them and take them.”

But a targeted recruitment plan and support structure can only work if it’s well-funded. Another problem these programs face is sometimes a lack of resources, says Dr. Jim Rosenbaum, a professor in Northwestern University’s School of Education and Social Policy. Dual enrollment often relies on “overstretched” community colleges to offer student supports, which they already struggle to provide at the college level, let alone for high school students.

He notes that while these schools offer a wide variety of courses, they don’t usually have enough counselors who can guide students in taking courses that will advance them toward a certain major or career track. For dual enrollment to meet its “ambitious” goals for student access, he thinks it may need the tools to offer a “more structured experience.”

“College often leaves students to make their own choices, and that’s a problem when students don’t understand the options, don’t know the implications of various choices,” he says. “Making free choices isn’t so great unless it’s informed choices.”
Experts find that some of these problems can be addressed by policy changes.

In a guide called “Unlocking Potential,” Joel Vargas, vice president of JFF, a nonprofit dedicated to workforce and education reform, makes a number of suggestions for policy shifts that could make dual enrollment more accessible.

For one thing, Vargas wants states to set explicit equity goals for dual enrollment and focus on affordability. Only some states subsidize dual enrollment, which can put these courses out of reach for low-income students.

He also thinks there should be clear transfer and articulation agreements to make sure students’ course credits count when they go to college.

Students need to know how their credits fit into their future plans, he says, “lest they take courses willy-nilly or engage in what some of us have called ‘random acts of dual enrollment’ that don’t lead to any degree or credential. For low-income populations, it’s important not just to have the experience but for these courses to lead to something of value.”

He also hopes states will invest in ensuring there are enough qualified instructors at high schools to teach college-level courses — for dual enrollment programs that have that model — and enough advisors who can help students navigate the unfamiliar world of college.

Policy-wise, “there’s not a lot of consistency nationally by any stretch, because [dual enrollment] is a practice that’s growing so quickly, which we’re heartened by,” he says. “Naturally, there’s going to be some growing pains, especially with populations it takes extra effort to reach and be successful with. Getting this right is critical, because it can be so important and impactful.”

This article originally appeared in the April 2, 2020 edition of Diverse. You can find it here.