More than 120 faculty of George Washington University renewed calls for the institution’s president, Dr. Thomas J. LeBlanc, to resign over past comments of his they call racist and amid concerns about his vision for the school, reported The Washington Post.

The racism charges stem from a comment LeBlanc made February in response to a student asking him if the university would divest from fossil fuels were a majority of students to agree to it.

“Doesn’t matter,” LeBlanc said, according to the Post. “What if the majority of the students agreed to shoot all the Black people here? Do I say, ‘Ah, well, the majority voted?’ No.” 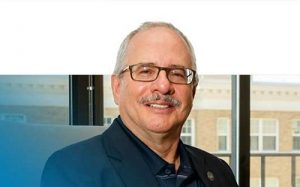 Last Wednesday, the independent Faculty Association sent a letter to the university community saying the coronavirus crisis only heightens their concerns about LeBlanc’s leadership style. The letter follows a petition calling for LeBlanc’s ouster, which the association circulated last month.

“The crisis presented by the global spread of coronavirus, and the subsequent transition toward online educational continuity, should not detract attention from the institutional crisis that President LeBlanc has been creating since his arrival on campus in 2017,” the faculty members wrote in last week’s letter.

The editorial board of the student newspaper, the GW Hatchet, also demanded last month that LeBlanc resign. It said, “LeBlanc’s plan for the future of the University and his past mistakes are out of touch with students and faculty.”