Dr. Cheryl A. Wall — a well-known champion of Black women writers and a longtime professor at Rutgers University-New Brunswick — died on April 4, 2020. She was 71.

An expert in African American literature, American literature and feminist criticism, Wall was the Board of Governors Zora Neale Hurston Professor of English at Rutgers-New Brunswick, a post she held since 2008. She was planning to retire in May after nearly five decades of teaching at the public research university. 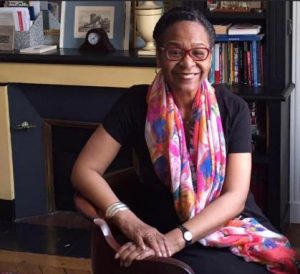 Wall’s scholarship was lauded as required reading for those studying the literary traditions of Black women writers. She authored a number of texts including Women of the Harlem Renaissance and Worrying the Line: Black Women Writers, Lineage, and Literary Tradition and edited several volumes of literary analysis about pioneering Harlem Renaissance writer Zora Neale Hurston.

“Cheryl Wall represented the very best of Rutgers: a world-class intellect whose scholarship advanced the conversation about African American literature and whose teaching and guidance inspired her students to think in new ways,” said Dr. Robert L. Barchi, Rutgers’ president.

Active in a number of literary associations and community-based organizations, Wall embraced the role of mentor and was generous with her time, particularly when it came to nurturing other women of color in the academy.

“Many will remark on her kindness, her status as an intellectual giant, and the way she took younger scholars under her wing and made room for us. I affirm all this,” said Dr. Brittney Cooper, an associate professor of women’s and gender studies and Africana studies in the School of Arts and Sciences at Rutgers-New Brunswick. “But through tears, what I remember most is the way she would pull you to the side, and with a mischievous glint, tell you a joke or share a bit of humor that would have you doubled over in laughter! Cheryl had been at Rutgers longer than I have been alive and this place will be far less sweet without her.”

Wall attended Howard University and went on to earn a Ph.D. from Harvard.

“Dr. Cheryl Wall was a beloved sister scholar and friend,” said Dr. Marilyn Mobley, a professor of English at Case Western Reserve University, who added that over the years, whenever she taught Zora Neale Hurston, she directed her students to study Wall’s work. “She was a brilliant scholar, a warm human being, and a phenomenal thought leader in African American literature, especially as it relates to Black women writers.”

Their friendship, which included occasional phone conversations, stretched across the years.

“When I invited her to speak on my campus back in 2012, I felt like I was sharing a beloved family member with my colleagues, because in many respects, I was,” said Mobley, in an interview with Diverse. “I am heartbroken at this loss, but grateful for the blessing of opportunities so many of us had to share time and space with a woman who dedicated her work to encouraging the academy to live up to its full potential as a democratic space for educating all of its citizens.”