Enrollment of underrepresented minorities at public universities has not kept pace with demographic trends in states that have banned affirmative action, a new study finds.

In these states, the portion of underrepresented minorities among students admitted and enrolling in public universities has steadily lost ground relative to changing demographic trends among high school graduates, based on new research published April 6 in Educational Evaluation and Policy Analysis, a journal of the American Educational Research Association.

The study, by Mark Long, a professor of Public Policy and Governance at the University of Washington, and Nicole Bateman, a research analyst at the Brookings Institution, evaluates the long-term changes stemming from reversals of affirmative action, noting that previous research has examined the immediate effects of those actions. 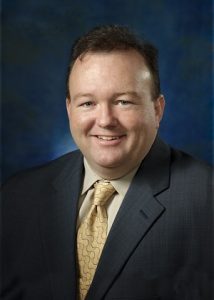 The study includes an examination of admissions strategies that universities have implemented as alternatives to affirmative action, such as the inclusion of socioeconomic factors in admission decisions, increased outreach and financial support for low-income students and the elimination of admission preference for the children of alumni, but their report suggests that these efforts have not been able to fully replace race-based affirmative action.

Long and Bateman analyzed trends in minority representation among applicants, admittees and enrollees in 19 selected public universities in states with affirmative action bans. The analysis extended from the time their bans went into effect through 2015.

Averaging across the 19 universities studied, in the year prior to the affirmative action ban, the share of underrepresented students of color (Black, Hispanic and Native American) among enrolled U.S. students was 15.7 percentage points below these students’ share among high school graduates in the respective states, according to the study.

“If, as a university administrator, all you’re trying to do is have more Black, Hispanic and Native American students, that’s happening because of population change,” Long noted.

However, he explained that university leaders have varying perspectives on increasing diversity. “One goal is that they just want to have a more diverse class, so any absolute increase in the share of their students who are Black, Hispanic and Native Americans is positive, whether it comes from a change in the demographics of the state or whether it comes from the university’s own efforts to recruit — any growth is positive.”

That’s where policymakers play an important role, he said.  The study pointed out that underlying societal conditions such as income disparities, unemployment and incarceration rates showed improvement during the period covered by the study, but at a slow pace.

“If we expect flagship public universities to reflect the racial and ethnic diversity of their states,” Long said, “then policymakers must work harder and better to alleviate these pre-college disparities and improve college readiness for underrepresented students.”