In response to the upheaval caused by the coronavirus pandemic, more than 72% of college presidents expect to lay off employees, almost 55% project across-the-board budget cuts and almost 40% will likely cut research-and-development spending, according to a recent survey of higher education leaders’ priorities amid campus shutdowns.

The survey, conducted by ABC Insights, along with the Association of American Colleges & Universities (AAC&U) and the rpk Group, drew responses from 142 presidents from 77 private universities, 38 public ones and 27 community colleges. Researchers had sought responses from 285 college leaders.

“This is a time of shaking out,” Paul Friga, principal researcher on the survey, told Diverse. “This will induce innovation. Pressure is turning way up.” 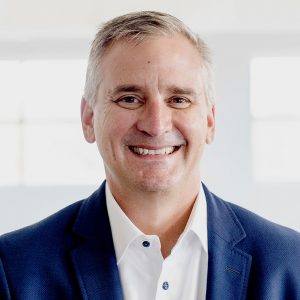 Here are some of the key findings from the survey:

– 2% of leaders at private colleges, 10.6% of those at public ones and 6.7% of community college presidents said they expected to “significantly” pare administrative costs.

-83% of presidents at all campuses expected to impose hiring freezes.

-27% of presidents at all campuses said they would draw from their institutions’ endowments.

-9% of presidents at private universities, 12.8% at public ones and 20% of community college leaders said they expected to raise tuition.

-85% of all presidents said they expected to refund students’ room and board fees.

-No cuts in academic spending were forecast by 44.3% of private college leaders, 53.2% of those at public campuses and 66.7% of leaders at community colleges.

Broadly, survey respondents also expressed concerns about the mental and physical health of their students and staff, about the duration of the fallout from the pandemic and the lack of funding from government and other sources.

What can college presidents do in these unprecedented times? Experts like Friga and others say a focus on collaboration, equity, inclusion and a renewed effort at transparency will help.

The campuses that endure must, more than ever, scrutinize every aspect of how their institutions function, said Friga during a recent webinar for college officials that was also attended by Lynn Pasquerella, president of AAC&U.

She and Friga told campus leaders that student outcomes — how well they perform not just on campus but, years down the line, in the workplace — must be at the forefront of any innovations and changes colleges and universities make. They noted, for example, how Georgetown University is measuring spending and return-on-investment by gauging how their graduates fare in the professional marketplace over several decades.

“This is a time to tighten up your strategy,” Friga told the webinar audience. “What draws people to you, both customers and employers? Absolutely you’re going to have to cut costs … But don’t use that [imperative] as a reason to abandon your strategy, abandon your uniqueness.”

“This is not a short-term problem. We’re in this for the long haul,” added Pasquerella, a former Mount Holyoke College president and former University of Hartford provost. 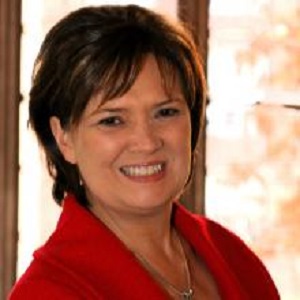 The way forward, in part, will demand more collaboration and sharing of a wide array of resources, whether libraries, sports centers, faculty, research centers and so forth. She cited the example of College of Saint Benedict and Saint John’s University — already sharing the same website and a whole slew of programs — now searching for a single president to helm both institutions. Though in different municipalities, the campuses are 3.2 miles apart.

Indeed, some institutions have already instituted measures to shore themselves up, measures that may bear fruit even in a post-pandemic scenario, Friga said. As examples, Auburn University and Arizona State University are bucking downward enrollment trends, and have, in fact, have experienced a surge. From 57,500 students in 2003, when President Michael Crow took over, enrollment has exceeded 110,000 at Arizona State.

“He does it through inclusion, not exclusion,” said Friga. “Most colleges follow this model of ‘the fewer students we accept, the better we are’ … But Michael Crow’s done this mostly through [increased] online education. He’s acquired Thunderbird [School of Global Management], which had been a private institution. He has multiple campuses. He’s on his way to being a national campus.”

Many MSIs and historically Black colleges and universities (HBCUs) may face even greater financial challenges than mainstream campuses in a post-COVID-19 world. They are going to need more assistance than most to weather the pandemic.

“Many HBCUs have been propped up and subsidized, and they’re serving a specific segment that is underserved. So, their mission is great and they have uniqueness in that regard,” Friga said. “But they’re borderline on their financials … And I don’t know what their retention and graduation rates are … They should be judged by different metrics [given their special mission]. But they are going to have some significant challenges, and they’re going to need some assistance.”

Among other realities made glaringly clear during this pandemic, AAC&U president Pasquerella said, are existing class and racial divides. “We have students who don’t have access to the internet … students who are experiencing food and housing insecurity as they are being asked to move out of their dorms … What does it look like to fulfill the promise of the American dream [for them]?”

“Those likely to be most successful will have a clear view of the future, based on student equity, quality education and reducing cost.”

Young Stands Out Among Miami Dade College Class of 2013