With revenue from the NCAA Division I Tournaments a vital part of funding for many institutions, it’s still undetermined on what the impact of cancellation will be.

At first, the NCAA announced it would hold the men’s and women’s D I tournaments — iconic fixtures on the sports landscape — with attendance of only players, coaches, essential staff and limited family. But on March 12, the hammer came down as Dr. Mark Emmert, the NCAA’s president, and the NCAA Board of Governors canceled the tournaments citing the evolving COVID-19 public health threat.

Dr. Rishi Desai, a pediatric infectious disease physician with a 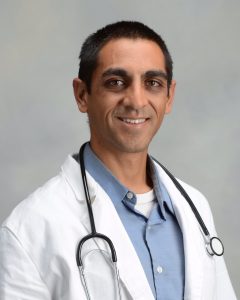 public health background, said this was a wise move. Not only is the disease easily transmitted, but student-athletes who’ve seen their seasons come to a premature end can take comfort in knowing they’re prolonging their athletic careers by being safe.

“During these few months, anything they can do to essentially socially distance [helps lessen risk],” said Desai. “These few months that they invest in themselves and their health, making that priority number one, are going to benefit them for the rest of their lives, well beyond their days on the court.”

Most campuses were cleared and classes transferred to distance learning in early March. As students moved out of dormitories, student-athletes were allowed to remain for training. But, on March 13, the NCAA announced the cancellation of all remaining winter and spring championships due to coronavirus concerns and student-athletes departed.

Revenue from the television rights and sponsorship for the Division I Men’s Basketball Tournament is divided among all institutions that play Division I basketball. Schools in the Football Bowl Subdivision have abundant revenue from football and will weather losses with minimal problems. Other schools and conferences may see significantly less funding heading into the 2020-21 academic year.

Regarding how the cancellation of the NCAA Division I Men’s and Women’s Basketball Tournaments is impacting St. John’s University in New York financially, St. John’s Director of Athletics Mike Cragg says, “It’s too early to know.” Due to the cancellation of all NCAA championships, no St. John’s sports will be competing this spring. “The campus has been emptied, including the student-athletes,” said Cragg. “Now is about the care of each individual — health and safety.” St. John’s competes in the Big East Conference.

Historically Black colleges and universities (HBCUs) may be hit 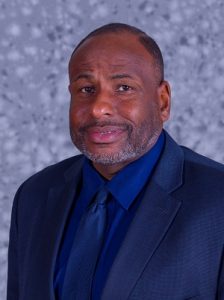 particularly hard if the NCAA reduces funding. Eugene Marshall Jr., athletic director of Hampton University, said it’s too early to tell what the financial impact will be. Each institution in Division I gets an allotment from the NCAA, but he doesn’t know what that number is going to be.

“It’s not a major factor; it’s a contributing factor,” said Marshall. “It’s not going to shut us down. We’ll just have to make the necessary budget adjustments and continue to drive on. [The allotment] helps us, but it’s not the end-all, be-all.”

Hampton coaches have been directed to keep in touch with student-athletes. Marshall expected to meet with all the head coaches to develop protocols.

“Our coaches understand the value of their role as not only a coach, but as a mentor and an educator,” said Marshall. “They’re going to call the student-athletes to see how they’re doing mentally, emotionally, physically and academically.”

Dr. Dennis E. Thomas, commissioner of the Mid-Eastern Athletic Conference (MEAC, a conference composed of 11 HBCU institutions), said, “We are in uncharted and unprecedented territory.” As of now, the revenue from the D I Men’s Basketball Tournament is being determined.

“I don’t see much financial interruption at this point,” Thomas said. “

“We have other revenue streams from corporate America and the Celebration Bowl [a football championship between the MEAC and the Southwestern Athletic Conference, which is comprised of 10 HBCU institutions] that are distributed to our member institutions as well,” said Thomas.

If money from the NCAA related to the Division I Men’s Basketball Tournament is significantly reduced, Thomas said HBCU institutions are quite familiar in dealing with financial difficulties.

“Hopefully, this is just a one-year stoppage and then we can move on from there,” he added.

With a consensus among institutional presidents and chancellors, the MEAC has suspended all spring sports and there will be no competition. Thomas is in favor of granting student-athletes an additional season of eligibility. To do this seamlessly, he hopes the NCAA allows an increase in scholarships. 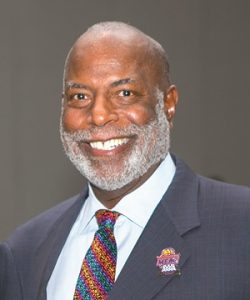 Regarding the scholarship issue, each collegiate sport is allowed a specific number of full scholarships. If student-athletes expected to graduate this spring return and the recruiting class also comes in, an institution would not have enough scholarships to go around.

Recently, Thomas had a conference call with the ADs of all MEAC institutions to discuss how coronavirus impacts their athletic programs. “We are finalizing the repercussions from cancelling our basketball tournament [men’s and women’s tournaments take place at the same site] in terms of resources from vendors, corporate partners, ticket sales, so forth and so on,” said Thomas. “It’s a continuation of dealing with this unusual and unprecedented experience for the nation.”

Desai said collegiate athletic programs can get back into action after the number of new cases per day shows a steady decline. This means aggressive testing so there is real data on new cases and simultaneous quarantining and treatment. That requires getting proper equipment to medical providers and having sufficient health professionals in place.

“As the number of new cases falls day-by-day in the context of proper testing … then athletic programs across America should start making plans to do deep cleaning and start thinking about bringing programs back online,” said Desai. “That’s when we can start planning for the next phase.”

Love in the Time of the Coronavirus