In 1980, Malcom Alexander was sentenced to life in prison without parole after a sexual assault conviction. However, throughout his time in prison, he continued to maintain his innocence.

In 2018, Alexander was exonerated and released after 38 years in prison, making him the longest-serving exonerated individual of the organization.

Founded in 1992 by Peter Neufeld and Barry Scheck at Cardozo School of Law, the Innocence Project aims to “free the staggering numbers of innocent people who remain incarcerated and to bring substantive reform to the system responsible for their unjust imprisonment,” according to their website.

“The Innocence Project is an extremely important organization 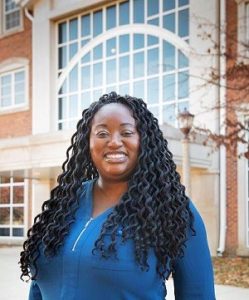 because it aims to correct injustice,” says Dr. Miltonette Craig, assistant professor in the Department of Criminal Justice Sciences at the Illinois State University. “Their efforts are especially essential for individuals who have been falsely convicted and were sentenced to death. It is imperative to assist with ‘fixing’ these wrongful convictions because the administration of the death penalty cannot be undone.”

By the end of 2015, more than 6.7 million individuals were under some form of correctional control within the United States, including 2.2 million serving time in federal, state or local prisons and jails, according to a report by the Sentencing Project.

Of those exonerated, the average number of years served in prison before release was 14. Additionally, 41 of the 367 individuals pleaded guilty to crimes that they did not commit. In terms of the demographics, 61% of exonerated individuals were African American, 30% were White and 8% were Hispanic, the Innocence Project website reported.

“The most impressive thing that the Innocence Project does is inspire others to join the fight for justice, from young future lawyers to the actual individuals they’ve helped regain their freedom, all of whom are motivated to become justice reform advocates,” says Craig. “Anytime their efforts and the stories of the wrongfully convicted touch others, then more prisoners can be helped.”

According to a National Institute of Justice study, in more than 25% of cases, suspects were eliminated once DNA testing was conducted during the investigation process.

Additionally, the Innocence Project reported that 29% of its closed cases from 2004 to June 2015 were closed due to lost or destroyed evidence.

In addition to the national organization, many states also have their own innocence projects.

For example, the Ohio Innocence Project (OIP) was founded in 2003 and the organization has freed 28 wrongfully convicted individuals, according to John Cranley, the organization’s co-founder.

“Nothing is more frightening than the idea of an innocent person in prison for a crime they didn’t commit,” says Cranley, who is also the mayor of Cincinnati, Ohio. “OIP has uncovered thousands of people in Ohio and around the country who are wrongfully imprisoned. This work does not happen by itself and it is not government funded, so the only way to see it occur is to start projects like this.” 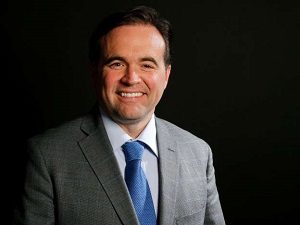 Alongside Cranley, OIP was founded by Mark Godsey, who is the Daniel P. and Judith L. Carmichael Professor of Law at the University of Cincinnati. Now, the organization has expanded to include three to four full-time attorneys as well as volunteers and administrative staff.

During his time at OIP, Cranley worked directly with prisoners for more than five years, litigated cases and focused on the fundraising aspect of the organization.

He described working at OIP as one of the most “meaningful professional experiences [he has] had.” One of the highlights of his time with OIP was witnessing the release of ex-prisoner Clarence Elkins Sr.

In 1999, Elkins was convicted for the rape and murder of his mother-in-law as well as the rape of his six-year-old niece and sentenced to life in prison.

In 2005, after serving six years in prison, Elkins was exonerated of the crime. He had been misidentified as the suspect by his niece, who told neighbors the attacker looked similar to Elkins. Three years later, Earl Mann pleaded guilty in connection to the crime, according to OIP.

“Working for the Ohio Innocence Project was a great reminder that all of our systems are human and have errors,” says Cranley. “It is important for all government officials to be open to the idea [that] they have made mistakes. The vast majority of prosecutors and judges fought us the whole way, many of whom refused to accept objective DNA facts that prove clients are innocent. We all need to be more humble and open to the facts of evidence to pursue the highest goal of the legal system, which is truth and justice.”

Craig said that higher education can play a role in supporting the Innocence Project in a number of ways, including creating student awareness.

“I think that one of the most important steps is making students aware that the Innocence Project exists and is effective and also exposing students to the systemic flaws that have created the need for such an organization,” she says.

Additionally, students can build relationships with local chapters of the Innocence Project and talk with staff members about the opportunity to participate in internships.

In a criminal law course, Craig teaches her students about the Innocence Project. Discussions in the classroom surround the lack of funding within the judicial system as well as racial and ethnic disparities.

Among those gaps, a Sentencing Project report found that African American adults are 5.9 times as likely to be incarcerated than White adults, with Hispanics being 3.1 times as likely. As of 2001, one of every three Black boys born in that year was expected to be sent to prison during their lifetime, compared to one of every six Latino boys and one in 17 White boys.

“When we discuss false confessions and wrongful convictions, I make sure that students have a full understanding of the organization’s purposes as well as the significance of DNA and forensic evidence and the end goal of criminal justice reform to prevent such injustices from recurring,” says Craig.

Craig acknowledged that there is still more to be done within the United States in order “to ensure fairness and equity in the criminal justice system.”

“The Innocence Project not only seeks to save individuals whose freedom has been taken away by injustice during their trials but to put the spotlight on the major flaws that exist in the system that led to [the] problem of wrongful convictions,” she says. Such work includes spotlighting “misconduct by police, prosecutors’ offices and judges and the bias that occurs during jury selections.”

This article originally appeared in the April 16, 2020 magazine edition of Diverse. You can find it here.