Dr. Virginia Roach, dean of Fordham University’s Graduate School of Education, started her career with a job as a dishwasher in an on-campus daycare center. There, as an aspiring chemical engineer, she was asked to tutor a child with learning difficulties and came to the realization that “this is for me.”

Roach discovered an internal “abiding commitment to supporting people in all walks of life in developing themselves to their full capacity,” she said, calling it a thread throughout her career. 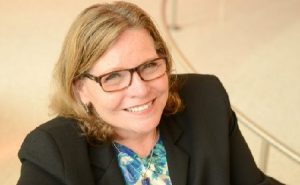 Starting off as a special education teacher, she would later find herself in education leadership roles seldom held by women. She became the first female chair of the education leadership department at George Washington University and served as dean of the Graduate School of Education at Bank Street College. In 2015, she took her current position at Fordham, again the first woman in the position.

“One of the things I’m proud to say is I have always left a job on the top,” she said.

As she moved up in the higher education world, she met a lot of women like herself who were the first in their roles. She started to question why there weren’t more female leaders in positions of power in higher education, especially women of color.

As an academic, she tackled the issue with research, conducting a systematic survey on women’s leadership in education in the U.S. and abroad.

Roach used questions that came up in her own life to guide her study: “What does it mean when you’re the first? How do these women lead [in a way] that is different? How do they conceptualize their own leadership? What has brought them to the higher levels of leadership, and how do they persevere?”

Her conclusion: There remains “a lot of work to be done” for women to be equally valued in the upper echelons of higher education.

She found women disproportionately concentrated in junior faculty positions; women set back in their careers by maternity leave while male colleagues used parental leave to get ahead in their research; and female faculty judged less favorably in student reviews based on their looks or how nurturing they seemed. Meanwhile, women often saw themselves as underqualified for positions when they were equally or overqualified compared to their male counterparts.

“Women are conditioned to think that they are not capable to do higher levels of leadership,” Roach said.

When she mentors women in academia — which she often does — she likes to tell them, “Where you are is because of your talent, your skill and your experience. It is not luck,” she said.

She also advises them to advocate for themselves by thoroughly describing their transferable skills in job interviews and aggressively negotiating their salaries.

These tips come from her own hard-earned experiences as a woman navigating higher education leadership.

She knows the uneasy feeling when “everybody is watching, and they’re waiting for you to make a mistake,” she said. She’s gone to meetings where her ideas were better received when voiced by a male colleague. She’s even been yelled at by coworkers who thought they could intimidate her.

But as a former teacher, she learned early on not to take “bullying behavior,” saying, “You have to have confidence in the work that you’re doing.”

That said, there are ways she thinks colleges and universities can clear some of the hurdles in the way of women’s leadership. They can offer female faculty equal starting packages, provide  generous parental leave policies and pay closer attention to who gets funding for conferences, to name a few.

Roach’s research found that when a department chair is responsible for selecting faculty for professional development opportunities, there’s generally a bias in favor of men. Meanwhile, women often blame themselves, particularly their childcare responsibilities, for missing professional steppingstones they’re infrequently offered in the first place.

When universities are looking to diversify their leadership, she wants them to ask themselves, “Are we hiring tokens or are we actually hiring faculty that we want to invest in and develop?”

Roach is hopeful that women in education will continue on a path of “forward trajectory.”

“I think we still have a long way to go, because there are far too many places in this country where people think if they want to get a job done, they need a man,” she said. “Women need to understand … that they have what it takes to do the jobs they aspire to and they shouldn’t let anybody talk them out of it.”

Approaching Diversity From the Top Down

When and Where I Enter: Black Women in the Academy