How Will the Coronavirus Impact Enrollment For Rural Students? - Higher Education

Students from rural areas historically struggle with college access. And as the coronavirus has shut down high school and college campuses across the country, educators are anxious about their enrollment rates.

Approximately 3 million Americans live more than 25 miles from a public university and lack access to high-speed internet, according to a 2018 Urban Institute report. Meanwhile, about 30% of adults ages 18-24 enrolled in postsecondary education come from rural areas, latest data from the National Center for Education Statistics shows.

“I worry a lot about losing those young people,” said Dreama Gentry, executive director of Partners for Education at Berea College in Kentucky. Rural high school graduates were already at a disadvantage “because of a lack of access, geographic isolation and a lack of investment in rural schools in general.” 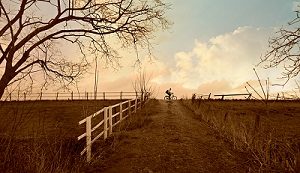 In many ways, Gentry’s program, which focuses on rural academic success in the Appalachian Mountains, is on the front lines of what the coronavirus might mean for incoming rural college students. The college partners with public schools in 47 school districts in Eastern Kentucky, staffing them with trained tutors and academic counselors.

Gentry’s staff has been working to smooth rural students’ transitions to college, setting them up with summer bridge programs, campus visits and more. But “now all of that is just unknown,” she said. “And they may not have anyone in their direct family who can help them process that, because they’re probably first in their family who was even thinking about college.”

Given the economic impact of the coronavirus, she’s concerned some students won’t be thinking about college come fall. Rural households have a lower median household income than their urban counterparts, according to U.S. Census Bureau data, which doesn’t bode well for their finances during a crisis.

Gentry increasingly sees teenagers in her area working. The workers who deliver her groceries are now high school students, she said. With parents potentially losing their jobs, she expects rural students to feel extra pressure to stay home to supplement their families’ incomes.

“The economic crisis is already hitting our families, especially the most disenfranchised families,” she said. For many households, students leaving for college “will take away the babysitter or the other income that’s really keeping the family going.”

It’s not just a financial issue. It’s also a matter of college counselors being able to communicate with students. Rural education has always been challenged by limited internet access. Notably, a 2019 Pew Research Center study found that two-thirds of Americans in rural areas have broadband internet access at home, but that’s 12 percentage points below Americans overall.

Reliable access to internet and devices will likely be rural students’ “biggest issue” when it comes to college access right now, said Kelsey Hargis, who works for Partners for Education as an academic and career counselor at Southwestern High School. One of her fellow counselors told her one student does homework in a parking lot because of a lack of internet at home, though an internet service provider recently made free internet access available in the area during the crisis.

Regardless, she and her colleagues have found workarounds, such as printing paperwork that can be picked up by or delivered to students, making phone calls, and in her case, using the texting platform Remind to keep students on top of important deadlines for their transition to college. Even if students don’t have laptops, they usually have cell phones so she tries to do regular check ins to the extent she can.

“Some kids don’t have a great home life,” Hargis said. “So, worrying about school and getting their work done and getting all of their college paperwork completed, doing orientation, housing … that kind of stuff is in the back of their minds because they’re probably struggling at home.”

To keep her high school students focused on college, she’s been posting information from college representatives on Google Classroom, since they can no longer meet with students in person. She’s been satisfied with colleges’ virtual outreach to her students, she said, and appreciates events like remote orientations to engage them before fall.

“I think colleges are really trying to do their best,” she said.

Gentry stressed that the most important tool for reaching rural students during this time – and preparing them for college – isn’t a single method or online platform, though Zoom meetings, calls and even “pen-pal-type relationships” with students have proven useful. For her, most essential are tutors and college counselors with “individualized knowledge” of students and their communities.

What helped her staff members was “they knew the students,” she said. “They understood not just the students’ access to technology, which was critical – they had an idea of who would have computers, who would have smartphones, and who would be totally isolated – but they also knew their students’ learning styles. They know who’s going to respond to different types of interventions.”

U of California Issues Guidance: Don’t Use Term “Chinese Virus”