Stephen Bainbridge, a University of California Los Angeles (UCLA) School of Law professor,  wondered last week on Twitter whether one of his Chinese students brought back the coronavirus from China, reported Law 360 and Above The Law. 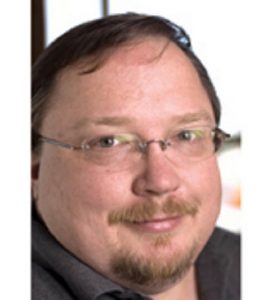 After a strongly worded letter of condemnation from the school’s students, for racism and xenophobia, Bainbridge apologized publicly for his comments. “Put bluntly, they were stupid and insensitive,” he said. Then on Monday, he deleted his Twitter account.

Bainbridge has courted controversy before. In February, he posted a tweet that said, “If we ask nicely, do you think we can get China to ban eating bats, civets, and other wild animals that serve as viral hosts?” He deleted that tweet before he deleted his account.

“This situation surpasses the lifespan of a deleted Tweet,” said the Asian and Pacific Islander Law Student Association, or APILSA, in an open letter on Monday.  “What was a learning moment for Stephen Bainbridge was a deeply hurtful moment for his audience.”

More than 350 law students across the country have signed APILSA’s letter.

“Address and denounce Stephen Bainbridge’s Tweets, as well as xenophobia in the wake of COVID-19 at large, to the law school and publicly on Twitter since that was the public forum in which this incident played out,” said APLISA’s letter.

It also said more than 1,100 incidents of racism and hate crimes against Asian Americans — because of the coronavirus pandemic — were reported in a two-week period starting March 19.