After 10 Days, Only $6 Million of $6 Billion in Emergency Grants Has Reached Campuses - Higher Education

Close to 11 days after its disbursal was announced, only $6 million of the $6.28 billion in coronavirus emergency cash grants to college students has reached college campuses, reported Politico on Monday, citing the Education Department. 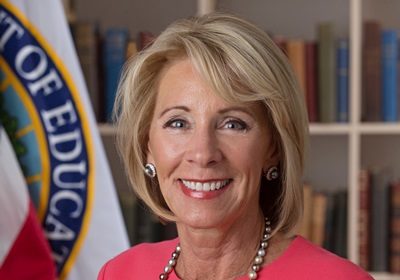 The department is blaming colleges, saying they have been lax in submitting the required applications to access the funds. Colleges are saying the department still hasn’t made clear how they are to distribute these funds to the students.

On April 9, Education Secretary Betsy DeVos said the Education Department is immediately releasing close to half of the $14 billion allocated to higher education in the coronavirus stimulus package under the CARES Act. The move was intended to provide direct emergency cash grants to college students whose lives and educations have been disrupted by the coronavirus outbreak.  The department said that to access the funds, higher education institutions must give the department a signed certification affirming they will distribute the funds in accordance with applicable law.

According to Politico, the department said that, as of Friday, only 27% of the more than 5,000 colleges eligible for a portion of the money had submitted the necessary paperwork to access it. However, higher education groups said the department has yet to fully distribute funds even to those colleges that have submitted the required applications.

“It’s really wrong for the department to suggest that schools don’t want the money when they have not sent out a dime to the schools who have applied and can’t tell any school what the rules are for spending it,” said Terry Hartle, senior vice president for government and public affairs at the American Council on Education, said in an interview to Politico on Friday.

On its part, the department denies there is a lack of clarity in its instructions.

“It’s tragic that at a time when students are struggling to make ends meet, too many highly capable and intelligent leaders of higher ed institutions are dragging their feet and claiming it’s because there’s some lack of clarity in the law,” said Angela Morabito, department spokeswoman, in a statement to Politico.