The Department of Education said Tuesday it has disbursed coronavirus stimulus funds under the CARES Act to two Washington D.C. universities, Howard University and Gallaudet University.

Under the Act, $13 million has been made available to Howard University and $7 million to Gallaudet University, as stipulated by the Act passed last month. 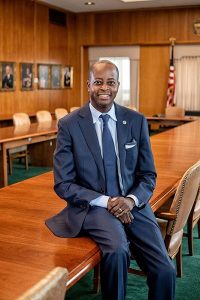 In a statement Tuesday, Secretary of Education Betsy DeVos said the funds are meant “to help these unique institutions address the challenges associated with coronavirus.”

Howard is a historically Black university. Its hospital has been designated as one of the District of Columbia’s COVID-19 treatment facilities. It is also working in conjunction with D.C. Health.

Gallaudet is a federally chartered private university for the education of the deaf and hard of hearing.

“$13,000,000 in taxpayer funds could be going to families across the nation struggling to put food on the table in the midst of COVID-19,” Gaetz said in a tweet.

Democratic Senator and Howard alumna Kamala Harris countered Gaetz with a tweet saying, “Why do you take issue with money going to Howard, Congressman?”

Responding to the controversy, Howard president Dr. Wayne A.I. Frederick told The Hill at the time that the funding allotted to Howard is comparable to the support proposed for other colleges and universities in response to the coronavirus pandemic.

“As one of only two congressionally chartered non-military universities, Howard University does not have access to Title III and other federal resources targeting higher education institutions,” explained Dr. Frederick. “Howard University is one of many higher-education institutions that serves underrepresented communities, which are being considered for emergency supplemental funding as we look to support students who are facing unique challenges in response to COVID-19.”