Looking for a job after graduation is daunting enough, but searching for one amid an ongoing pandemic — during which 22 million Americans have applied for unemployment benefits — is foreign territory for graduates and employers alike.

With the coronavirus closures continuing to tighten budgets all around, more and more companies are announcing hiring freezes, canceling summer internships and pushing back start dates. Worse, many businesses, still adjusting to their new remote realities, just aren’t prioritizing hiring at this point.

“This year’s graduating students expected to graduate into one of the best hiring economies in recent times, and now they are not,” wrote Jessica Goldsmith Barzilay, acting director of the Kean University Office of Career Services & International Studies, in an email to Diverse, referring to an economy which, in January, had previously added 225,000 jobs and boasted a 3.6% unemployment rate. Now, according to estimates by the Congressional Budget Office, that rate will likely average 14% during the second quarter.

“There is so much uncertainty that many businesses are holding off on hiring,” Goldsmith Barzilay added.

Her observation is borne out by a poll of 289 employers, conducted by the National Association of Colleges and Employers (NACE). 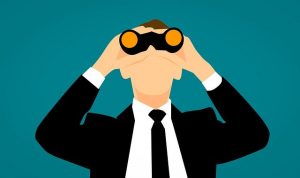 That uncertainty – of whether a place is or isn’t hiring – is one of the biggest challenges facing graduating seniors right now, said Dr. Briana K. Randall, executive director of the Career and Internship Center at the University of Washington.

“Many employers are still uncertain about what they’re doing,” said Randall. “So there are often differing pieces of information that come out, and so I’m guessing students are pretty confused. And if students are uncertain about how an employer is moving forward, it might feel a little unnerving to apply.”

That was the sentiment that Patrick McEachern, a graduating senior at Kean, expressed to Diverse. A sociology major with a minor in women and gender studies, McEachern hopes to find a job in human rights and nonprofit work, but, so far, he says most of his friends’ searches have been “turning up with nothing.”

“I had one friend who was applying to places and a few of them did end up canceling the hiring process … ,” said McEachern. “It’s definitely an unsure time. There’s a lot of variables that could just kind of change the situation day by day.”

Attempting to combat confusion, Candor, a job consultancy company, has been compiling a user-generated list of which businesses are or aren’t hiring. LinkedIn, too, has been building a similar list.

Meanwhile, colleges’ career centers, which would usually be in the prime of internship and career fair season, are working to offer student-employer meet-and-greets online, events they would have been managing in person were it not for the pandemic.

For instance, on May 13, the University of Washington (UW) will host its first Tri-Campus Virtual Job & Internship Fair, at which students will be able to interact with employers who are actively seeking applicants. At this event, students will be able to upload their resumes prior to attending the career fair, browse through employers’ “digital booths” and video or text chat with representatives from companies.

More colleges are adapting to provide online career guidance for their students who are soon to graduate.

According to NACE, about 7.8% of career centers plan to hold virtual career fairs. And more than 900 colleges and universities have partnered with Handshake, an online platform designed to connect employers with recent college graduates.

Additionally, according to NACE, 99% of career centers are continuing to connect with students virtually, by ramping up their online counseling to graduating seniors, offering one-on-one sessions on the video conferencing platform Zoom and tailoring their webinars to the current job landscape.

At UW, for instance, recent webinars have centered on “Job Searching in an Uncertain Economy” to “Preparing for Virtual Interviews” and “Longer than a rain delay: Working in an industry that’s currently on pause.” Handshake, too, has been offering its own “Going Digital” webinar series.

But while attendance at UW’s webinars has been high, Randall said the number of one-on-one career counseling appointments has fallen, which she attributes to students being “Zoomed out,” referring to the extensive use of the video-conferencing platform Zoom among students and faculty.

“One big challenge is trying to find the mental space to think about the job search,” said Randall. “There are many students who are still adjusting to online learning, worried about their families and uncertain about so many things that I think they’re having a hard time finding time to really dig in on the job search. I think a lot of us are still trying to survive, so adding one more thing is a lot.” 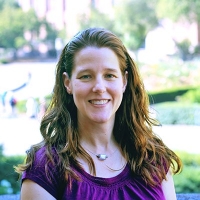 McEachern is one of those students feeling overwhelmed. He said he’d put his job search on the back burner due to the immediate challenges the pandemic poses, such as transitioning to online learning and covering current expenses. Right now, he says his main priority has been to “just make it through the semester.”

He added that his and other seniors’ stress is only exacerbated by the fact that many college students, still marked as dependents on their parents’ tax returns, did not qualify for a coronavirus stimulus check, which put $1,200 into the bank accounts of non-dependent U.S. adults who reported an adjusted gross income of $75,000 or less on their 2019 tax returns.

In a tweet to House Speaker Nancy Pelosi, McEachern wrote, “Us newly college graduates will be the ones disproportionately affected by what is happening as we attempt to job search in this new and broken economy that has been turned over by COVID-19, we need just as much help as everyone else!”

While the emergency cash grants soon to be distributed to students from the CARES Act may help with the immediate impact of a pandemic, research suggests that graduates who enter the job market during a recession feel the effects of that recession for at least 10 to 15 years afterward. It’s a phenomenon economists call “scarring.”

That’s because “even when the economy is picking up, [graduates] might not necessarily be in the best quality firm where they would have been in better times,” explained Dr. Hannes Schwandt, assistant professor of economics at Northwestern University in Chicago, to Diverse. “Then, what you see is that they have heightened mobility in the years after their labor market entry, so they switch firms more often and that leads to a catch up.”

Author of the 2019 study, “Recession Graduates: The Long-lasting Effects of an Unlucky Draw,” Schwandt also found that factors such as physical and mental health were negatively impacted later on in adulthood for graduates fresh in a recession economy.

Schwandt, though, pointed out a possible positive for these new graduates. “Nothing is deterministic,” he said, explaining that heightened mobility between jobs could actually work to graduates’ advantage.

“In general, we live in a world where there are a lot of opportunities and where people switch jobs much more than they did 40 years ago,” Schwandt said. “We switch employers every few years and I think that environment of flexibility is exactly what you need to climb up the ladder and to get rid of the recession tail that you are still dragging along with you.”

For now, his biggest advice to students is to “cast their nets wide.” It’s the same advice career centers are giving their students.

“We are reminding students to highlight the resiliency and flexibility they have developed over the past semester,” said Goldsmith Barzilay. “Those are characteristics that employers are looking for in employees – the ability to pivot and work remotely. Also, they should broaden their search. They may not get the job they were picturing and may not start in their preferred industry, but people are hiring.”

What’s more, Randall said that applicants may see increased empathy and understanding from employers in the coming months and even years.

“Employers are going to have to realize that the expectations of people they want to hire a year or two from now need to be different,” said Randall. “So I think there will be some employer compassion and adjustment to that. … I am hopeful that college-level hiring will not be as dire as current reports on unemployment, because a lot of unemployment is in industries that most college students are not aiming for,” such as the restaurant and hospitality sector.

Her advice to seniors? To “not give up hope.”

In fact, Schwandt, Goldsmith Barzilay and Randall all stressed “hope.”

“I’m just keeping my fingers crossed and hoping that something will work out soon.”