Universities Are Freezing Tenure Clocks. What Will That Mean for Junior Faculty of Color? - Higher Education

Universities Are Freezing Tenure Clocks. What Will That Mean for Junior Faculty of Color?

Dr. Delia Fernandez – an assistant professor of Latinx history at Michigan State University – teaches her online classes and works on her book manuscript during the three hours a day her one-year-old son takes a nap.

After her partner left for army reserve duty, she suddenly found herself single parenting while working toward tenure during a pandemic. She was relieved when Michigan State University announced it would extend junior faculty’s tenure clocks by one year.

It’s “one of the most basic things universities can do to support their junior faculty … because the idea of research productivity, or any productivity at this time, is kind of absurd,” she said. 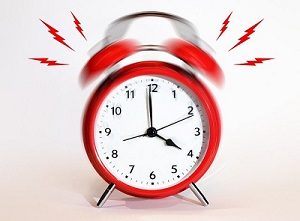 More than 240 universities are offering junior faculty extensions on their tenure clocks to ease the pressure as the coronavirus upends their research and routines.

But some faculty are concerned about whether extensions alone account for academia’s disparities. Without other supports, they fear it could exacerbate them.

Minority scholars are underrepresented, especially among tenured faculty. People of color made up 27% of junior faculty in fall 2017, but only 19% of tenured professors, a 2019 Pew Research Center study found. Meanwhile, Black and Hispanic faculty comprised 4% of assistant professors but only 2% of full-time professors overall that same year, according to data from the National Center for Education Statistics.

Dr. Patricia Matthew, an associate professor of English at Montclair University, is in favor of tenure clock extensions, but she’s concerned junior faculty of color may face an extra layer of setbacks during the pandemic. A yearlong pause may not be enough, said Matthew, the editor of Written/Unwritten: Diversity and the Hidden Truths of Tenure, a 2016 book in which she explored the inequities of the tenure system.

“COVID is disproportionately affecting Black people and people of color,” she said. “Black faculty are not exempt from that. People will be mourning, people will have increased responsibilities and less of a support network … I think once universities are safe and people can live something like their normal lives, you can start the clock again.”

Dr. Tacuma Peters, an assistant professor of philosophy at Michigan State University, and his partner, have already lost members of their families to COVID-19.

“As a Black man from Spanish Harlem, New York … I know that the outsized impact of the first wave of the pandemic is really going to affect the people I know and love,” he said.

Meanwhile, he and his colleagues can feel “re-traumatized” when they turn on the news, he added.

To him, that feels like an old story – one he’s seen over and over again – but “it’s always disappointing,” he said. “It’s always surprising, it’s always traumatizing, it’s always hurtful, it’s always angering. It brings out a host of emotions that are continually there or reactivated.”

With that as the backdrop of daily life – and a fraying academic support network as mentors confront challenges of their own – he fears it’ll be even more difficult for junior faculty of color to be productive over their yearlong extensions, worsening existing biases in the tenure process. In this crisis, he thinks there needs to be “even more targeted, thoughtful, community-oriented, back-and-forth dialogue about how faculty of color can be supported” along the tenure track.

In addition to that challenge, Matthew worries that the kinds of work that tend to attract minority faculty will be hard hit by the crisis, putting their job security at risk.

For example, she pointed out that, for many universities, areas like ethnic studies, African American studies and Latinx studies are programs, not established departments, so these disciplines could be cut if schools tighten their budgets, she said, at a time when the country “needs that work more than ever.”

“Sometimes you can’t replace that,” she said. “It may impact, through no fault of their own, the quality of the research they’re getting through these interviews and focus groups and counternarratives.”

In addition to tenure clock extensions, McGee recommends universities also extend funding to make sure junior faculty of color can continue their work to whatever extent possible during that time.

She also advised that departments put more weight on service in tenure cases. In general, junior faculty of color spend more time mentoring students than their peers, which takes away time from research, she said, and that dynamic hasn’t changed; it’s just moved online with minority faculty virtually counseling their students.

For Fernandez – as she juggles research, teaching and childcare responsibilities alone – the most important thing is that departments have clear expectations for junior faculty, and those expectations can’t be heightened productivity during the yearlong pause. While some might be able to use the extra time for research, the most impacted faculty won’t have that luxury, and she believes “if you help your most vulnerable populations, you help everybody.”

Universities need “to be clear that during this one-year delay, we’re not expected to produce more,” she said. “This is a real stop. This is a real freeze, as if this year didn’t exist.”