How to Respond to Racial Microaggressions When They Occur - Higher Education

How to Respond to Racial Microaggressions When They Occur

Over the last decade, there has been a significant rise in awareness among educators and the public about racial microaggressions. Coined by Chester Pierce in the 1970’s, racial microaggressions are the subtle forms of racism that are communicated to people of color through messages that degrade and demean them. Many people of color in the academy have experienced being told (with a sense of surprise) that they are “so articulate,” or assumed to have cheated on exams or papers when they outperform low expectations, being treated as intellectually inferior, being overlooked at the campus stores and eateries, and being told they come from “bad” schools or neighborhoods. 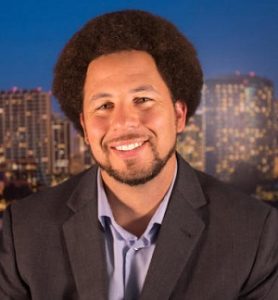 Despite an increased awareness of racial microaggressions in academia and the public, institutions rarely take proactive and effective approaches to address them. This is due, in part, to observers not knowing what to do when they occur. Often, when an observer witnesses someone microaggressing another person or group of people, they experience a sense of shock or surprise and struggle to determine how to respond quickly and effectively.  Consequently, racial microaggressions often go unchecked and often result in racial battle fatigue, which is physical and psychological stress that comes from being immersed in chronically racist environments[1].

In the widely referenced article, Racial Microaggressions in Everyday Life[2], Dr. Derald Wing Sue and colleagues argued that this sense of paralysis occurs because observers are typically unsure about what actually occurred, lack awareness on how to respond, are concerned about negative repercussions that may occur if they do respond, perceive that it may be better do to nothing, or somehow convince themselves that what observed really did not happen. Our belief is that educators have a moral duty to respond when a microaggression occurs.  Simply put, not interceding is allowing harm to occur.

In light of the aforementioned challenges in responding to microaggressions, we developed the R.A.V.E.N–a framework that is particularly useful when responding to microaggressions that occur in public (physical and online) spaces. The R.A.V.E.N. is a five-step approach that entails 1) Redirecting the conversation or interaction, 2) Asking probing questions, 3) Values clarification, 4) Emphasizing your own thoughts, and 5) offering concrete Next steps. Each step of the R.A.V.E.N. is further explained below.

1. Redirect the interaction with the goal of immediately stopping the conversation to prevent further harm from occurring. For example, For example, observers can do so by intervening and asking the aggressor if they could “speak with them for a moment.” If the microaggression occurs in a public space, like a physical or virtual classroom, then the message should be direct, “I’d like to pause this conversation right here, because I’m concerned with the language that is being used.” Observers could also immediately correct and pull them aside depending upon the level of egregiousness of the message. Regardless of the approach that observers decide to take, they should remember that they need to intercede to stop harm from occurring.

2. Ask probing questions to the aggressor to help them understand their statements and actions and how they can be perceived as rude, threatening, or harmful. Because racial microaggressions are often the consequences of implicit bias, aggressors are not always aware that their statements and actions are harmful. Therefore, asking probing questions can be an effective way to create the cognitive dissonance that is necessary to recognize that their statements or actions are problematic.  For example, observers could ask: “I think I heard you say that student barely speaks English and doesn’t belong in college. What did you mean by that?” or “I want to make sure I understand you, were you saying that non-native English speakers shouldn’t be in college?” In most instances, these questions will prompt the aggressor to reflect and reconsider what they said.

3. Values clarification is the third step in the R.A.V.E.N. Values clarification involves identifying shared organizational values (e.g., trust, diversity, inclusion, safe spaces, welcoming environments, treating everyone with dignity and respect) and conveying to the aggressor that their actions or statements are not aligned with these values. Every organization has a mission statement or set of principles, values, or standards of community that are designed to guide actions and behaviors. Often, classrooms also have standards of expected behavior set forth in the syllabus. Thus, observers can appeal to these values by saying, “At the beginning of the semester, we all agreed to create an environment that was safe and welcoming.  The statement you just made is not aligned with these values.” or “What you said is not aligned with our institutions values of equity and inclusion.” 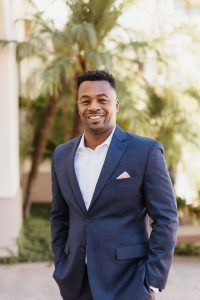 4. Emphasize your own thoughts and feelings is the next step in the model. Oftentimes aggressors fail to recognize that a racial microaggression is not only harmful to the person or persons who were directly targeted but also to those who are present to observe it.  Thus, when intervening, it is important to not only empathize with those who were targeted but also emphasize your own thoughts and feelings about the harm that has been done. Using “I” statements (e.g., “I think,” “I feel,” “I was hurt,” “I was disappointed.”) followed by an explanation of how the aggressor’s words or actions may have hurt a targeted person or group can be an effective way to do so. For example, one could say “I was saddened to hear you say that about people from Valencia Hills. I think someone from that community would be hurt by what you said.” or “When you said that John was ‘articulate,’ I felt like you were implying that John spoke better than you expected him to speak.”

5. Next steps is the final action, where one suggests what the aggressor can do to correct or change their behavior moving forward. This can include a range of actions designed to address the harm that has been done as well as to reduce future harm. These actions can include offering an authentic apology to the person or persons who were targeted, being more mindful of their actions in the future, and guiding them to resources on implicit bias and microaggressions.

The R.A.V.E.N. is not intended to be a sequential process but rather a framework to guide thinking and actions to disrupt racial microaggressions when they occur. The framework also works best when actions and statements are unconscious in nature and not intentionally racist as the latter requires a direct and stern response. Ultimately, we find that individuals benefit from having a framework such as this to consider what they would do. Otherwise, they are likely to do nothing. Microaggressions are harmful, so don’t be a bystander…do something.

On Being Told to Manage Money That I Don’t Have