Chicago’s mayor Lori E. Lightfoot will be awarded an honorary degree from Northwestern University, the college said in a statement. 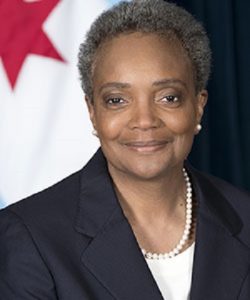 Northwestern said Lightfoot, who assumed office in May 2019, has been appreciated nationally as well as internationally for her response to the coronavirus pandemic.

“Using a combination of humor and decisive leadership, Lightfoot has become a leading figure in urging Chicagoans, and others, to adhere to social distancing guidelines,” said Northwestern in the statement. “Memes of her appearing in iconic Chicago locations — empty of people — have gone viral on social media. Her “Stay Home, Save Lives” campaign has garnered international attention.”

Lightfoot has been a resident of Chicago since 1986.