Student parents face severe housing and food insecurity, according to a new report from the Hope Center For College, Community, and Justice, a research center focused on college completion.

Of a pool of 23,000 parenting students, over 53% were food insecure in the last month, 68% were housing insecure and 17% were homeless in the previous year. The results were based on student parent respondents in the center’s #RealCollege survey, which included 330,000 students from 411 schools.

These are “really high rates of basic needs insecurity,” said the center’s founding director, Dr. Sara Goldrick-Rab, one of the authors of the report and a professor of higher education policy and sociology at Temple University. “It’s a whole other thing to face food insecurity yourself while you have a child in your house you also need to feed.”

She emphasized that this isn’t just a social issue but an educational one. The report cites data from the Institute for Women’s Policy Research that found only 37% of all student parents complete a degree within six years, compared to 59% of their peers without children.

Meanwhile, she and her colleagues see a connection between student parents’ ability to afford childcare and their academic performance because parents who struggle to pay tend to miss more class. 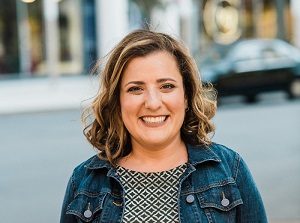 “These are academic issues,” Goldrick-Rab said. “If you can’t afford childcare, you’re less likely to be in class.”

The report argues that part of the problem is colleges and universities don’t know much about who their parenting students are, even though about 1 in 5 college students has parenting responsibilities.

For example, while the Free Application For Federal Student Aid (FAFSA) form asks students whether they have dependents, the federal Integrated Postsecondary Educational Data System doesn’t collect data on student parents and neither do most colleges and universities – let alone more granular data like how many children they have or how old they are, which impacts the resources parents need.

Plus, some of the institutions that do document parental status ask students if they have children of their own, leaving out stepchildren and foster children.

“We want to know is the student dealing with raising another human being in their house while they’re trying to go to school?” she said. “The financial [responsibilities] are but one of the many responsibilities associated with being a parent.”

Who are these parents? They’re predominantly women of color, according to the report. Students who identify as female were twice as likely to be parenting while in college. And 25% of indigenous respondents were parents, as were 22% of Black students and 17% of Latinx students, compared to 15% of White students.

Meanwhile, female parents were at a higher risk for housing and food insecurity. Over half of all Black female parenting students faced basic needs insecurity, with 70% experiencing housing insecurity specifically.

It’s important to collect this data to inform policy, said Carrie R. Welton, director of policy for the Hope Center For College, Community, and Justice and one of the co-authors of the report. 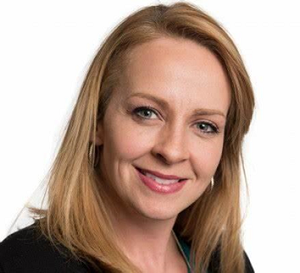 Policymakers operate on the assumption of a “dominant, middle class narrative about the right pathway to childbearing and education,” she said, where students graduate high school, go straight to college, develop a career, then “get married and have 2.5 children and a golden retriever. It just doesn’t reflect the reality that people’s career trajectory or family trajectory doesn’t always allow for that – or people don’t necessarily choose that.”

That wasn’t Welton’s trajectory. When she graduated high school, she had her own apartment, a part-time job and a one-month-old baby. While she wanted to go to college, as a parent from a low-income background, it didn’t seem feasible to her, she said. She started school when her son was in kindergarten but discovered she couldn’t collect benefits her family needed if she wasn’t working. It took her 11 years to earn her bachelor’s degree.

Too often, policies designed to support low-income parents encourage low-wage work over education for eligibility, she said, even though parents are less likely to need those programs if they can graduate and earn higher wages.

Citing data from the Institute for Women’s Policy Research, the report highlights that for every dollar a single mother spends on a bachelor’s degree, she receives a return of $7.77, and $12.32 for an associate’s degree. Meanwhile, single mothers with college degrees contribute between $71,400 and $220,000 to the federal and state tax base over their lifetimes. Single parents make up a majority of student parents.

The report makes a number of policy recommendations, both for institutions and lawmakers. Among other suggestions, it advises colleges take advantage of programs for on-campus childcare, like Child Care Access Means Parents in School (CCAMPIS), and connect student parents with targeted supports on campus and off campus through local non-profits to ensure their food and housing security. Staff should also be able to walk parents through their eligibility for public benefits as students and communicate to them that their federal financial aid can be used for childcare.

“For parenting students, the stakes are so high,” she said. “It’s incredibly frustrating as a parenting student to know that you have the desire and ability to do more and to feel like you’re not in control of your own destiny or financial security.”