Several influential higher education groups have created a new website, ‘Remember the Dreamers’, that will provide information and resources for students and institutions on what efforts are being made to help Deferred Action for Childhood Arrivals, or DACA, students. 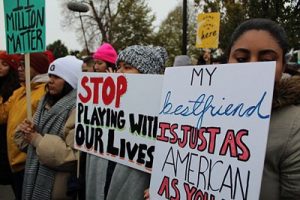 Many of these students are also called ‘Dreamers’, after the Development, Relief and Education for Alien Minors (DREAM) Act, which did not go through Congress. DACA students are barred from receiving emergency funding allocated to colleges and universities under the federal coronavirus stimulus program under the CARES Act. Many higher education leaders have criticized Congress for refusing aid to DACA students.

“At Remember the Dreamers, we’re working to focus Congress on finding a legislative solution for Dreamers and DACA recipients, who are living in legal limbo while awaiting a U.S. Supreme Court ruling on the DACA program,” says the initiative on its website.

In 2012, President Barack Obama issued the DACA executive order which has shielded 700,000 undocumented immigrants who arrived in the country as minors and allowed them to live and work in the U.S. In 2017, President Donald Trump rescinded this order and the Supreme Court is due to rule on it soon.

“While we wait for Washington to act, Dreamers need our support. Working together, the higher education community plays a vital role in both advocating for and assisting these young people, many of whom are students on our campuses,” says the initiative.

Report Shows How COVID-19 Is Impacting the Community College Experience