Higher education groups have urged four-year institutions to revamp how they evaluate credits earned by students transferring campuses, saying both four-year and two-year colleges must ensure that more credits count toward baccalaureate degrees, especially in a post-coronavirus economy.

In an appeal last month, six associations representing academe and its constituents asked colleges and universities to break what, for many, has been a longstanding practice of reflexively, and sometimes without merit, refusing to accept some credits earned by transferring students. Low-income students, including a disproportionate number of students of color, have been hardest hit by that practice, given their levels of enrollment in two-year colleges whose tuition and fees fall substantially below those of four-year schools.

The displacement caused by the pandemic may well worsen these problems. The higher education associations urged college leaders to recognize “the extra burden placed on students in this time.” They asked college leaders to clarify their existing policies, to be more transparent about what underpins those policies and to acknowledge that “traditional inequities are exacerbated in the current crisis.”

“It’s our way of telling institutions to be more flexible,” Mildred Garcia, president of the American Association of State Colleges and Universities and a signatory to that appeal, told Diverse. “We understand that curriculum is in the hands of faculty, but we have to be as compassionate and flexible as possible. We have to think about what students are going through.” 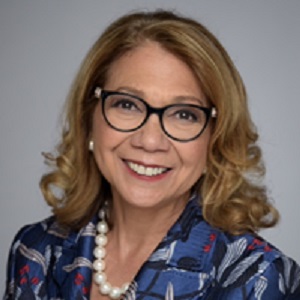 Davis Jenkins, senior research scholar at the Community College Research Center at Teachers College, Columbia University, said that because of the coronavirus-fueled downturn in the economy,  how and where to spend limited college cash will become an even greater conundrum for students and their families.

“The question with COVID is probably going to cut both ways,” said Jenkins. “It’s definitely going to increase competition for students. More enlightened institutions will see that [two-year and four-year campuses] both will be able to profit better if they work together.”

But in a lot of other places, there will just be competition, and the student will lose out, he said, adding, “It’s an unjustified barrier to their upward mobility.”

“It’s about economics,” Jenkins said, explaining that some four-year colleges’ bid to make money, sometimes above other goals, has resulted in some transfer students essentially re-taking courses for which they had made the grade in junior college. 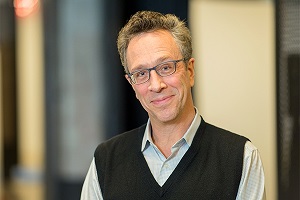 “Universities that want to play the competition game will find any reason: ‘Why, you didn’t fulfill our requirements.’ ‘You have to have a certain grade-point- average … ‘You got a pass-fail, we require an actual grade.’”

Some two- and four-year institutions though are collaborating to smooth the transition between those two collegiate tiers, Jenkins said. For instance, Valencia College in Orlando Florida has its DirectConnect pipeline program to the University of Central Florida. And Northern Virginia Community College has transfer agreements with 40 institutions, inside and outside the state, including the University of Virginia, Virginia Tech, Old Dominion University and George Washington University.

The Alamo College District in San Antonio is doing what Jenkins describes as particularly stellar work with several four-year Texas institutions. Together, from the outset of students’ enrollment, campus counselors and faculty are strategically plotting which community college courses will count at the four-year schools students are targeting.

“It matters whether you’re going to Texas State in business or UT [University of Texas] San Antonio in business, the student knows that. There are different requirements for different majors at different universities,” said Jenkins, who co-authored Transfer Playbook: Essential Practices for Two- and Four-Year Colleges with the Aspen Institute. The book cites results-driven, evidence-based examples of that kind of academic and career forethought and intention.

There are a host of reasons that transferring students, including disadvantaged ones, need to be reviewed outside of singular, static measures of academic achievement and promise, said George Hagerty, president of Beacon College, a Leesburg, Florida campus exclusively for students with learning disabilities. Roughly half of the college’s 405 students are transfers, he said.

While Beacon has not done a precise count, its registrar Dave Brown estimates that the school accepts about 80% of transfer credits. And that, Hagerty said, is fueled more by that institution’s ethos than its concern about its economic bottom line. 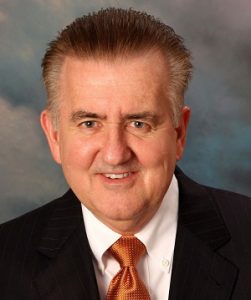 “We recognize that most documents we see, whether from school districts or from institutions of higher education, really don’t tell the whole story — not if we’re really trying to look at students’ ability,” Hagerty said. Beacon is trying to help students who have spent time and money in another college.

“You can have strict constructionists and loose constructionists,” said Hagerty. “Those who are strict only want to see something in the title of the course and certain words in the description of the course that show competence. But it’s just not that clean. Many institutions default to not accepting the course because it doesn’t have exactly the right language, when it may have covered the general knowledge and competencies that would be covered in a course that students are forced to repeat at the new school.”

“None of us,” community college researcher Jenkins said, “can project what the new normal is going to look like. You really need to default to [the] student. What’s in the student’s best interest?”

Head of Indiana’s Only Black College to Resign